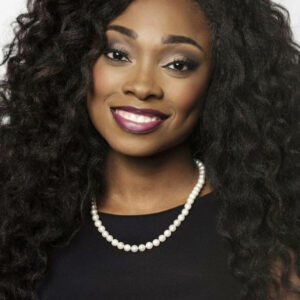 April Leonard serves as the social media manager for the City of Kansas City, Missouri (KCMO), where she manages the intranet website to disseminate information to city employees. She also manages the city's social media policy and of its social media pages for over 17 departments, including Facebook, Instagram, LinkedIn, Twitter and Nextdoor. She trains all city employees and council aides on social media management. Most recently, she live-streamed POTUS in Kansas City regarding the latest Infrastructure bill passed to Build Back Better. Previously, she worked with NBC Universal, Viacom and Warner Bros. She has also served as a publicist for a celebrity public relations firm, a social media manager for a nonprofit and as the communications director for a fashion organization. She brings eight years of social media experience and 12+ years of experience in communications to her work, as well as a master's in communications and a bachelor's degree in political science with a minor in Africana Studies.  Follow her on Instagram  @AprilCommunicates.