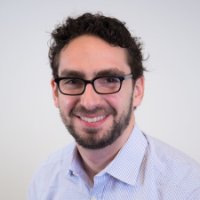 Brian Agler's humor is regularly featured in The New Yorker and McSweeney's. He served on the writing staff for the District of Comedy Roast of James Carville and has contributed material to the Alfalfa Club, Gridiron Club and Al Smith dinners. Occasionally, he emerges "notorious" at New York City's only pun competition, Punderdome 3000. When he's not crafting jokes, Brian writes for Fortune 50 CEOs, foundation presidents and influential thought leaders on global trade, mobile technology and the evolution of media. Recently, he was a speechwriter at the Democratic National Convention in Philadelphia. Before West Wing Writers, Brian was a media strategist at OMD. Previously, he worked with The Second City, in Chicago, and on Thomas Menino's successful 2010 reelection campaign in Boston. He lives in New York City.