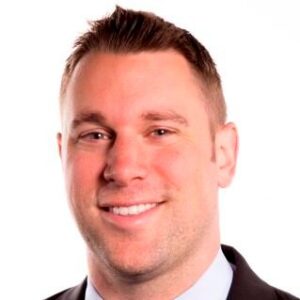 Brian K. Parker serves as the vice president of corporate communications at Navy Federal Credit Union. Brian and his team are responsible for establishing, promoting and protecting Navy Federal’s brand and reputation within the media, the public and its employees.

Brian began his career in the United States Army as a public affairs specialist in 2005. His time in the Army was primarily spent serving in the 3d U.S. Infantry Regiment “The Old Guard.” In The Old Guard, he served as the media liaison for high-profile events, including the State Funeral for President Gerald Ford, President Obama’s first Inauguration, and visits from Foreign Heads of State. He was also responsible for media relations in Arlington National Cemetery and The Tomb of the Unknowns. Following his departure from the Army, Brian completed his bachelor’s degree in Communications at George Mason University and earned his master’s degree in Public Relations and Corporate Communications from Georgetown University

While at Georgetown, Brian began work with Joint Base Myer-Henderson Hall, serving as the civilian public affairs specialist for the base. In 2014, Brian transitioned his career to Navy Federal, serving the world’s largest credit union.

Brian is a Distinguished Honor Graduate of the U.S. Army Warrior Leader’s Course, and received an Excellence in Communication Award from George Mason University, and a President’s Award for Service Excellence at Navy Federal. Brian currently serves as the executive sponsor for Navy Federal’s military Employee Resource Group and is a member of the Diversity, Inclusion & Belonging Council.