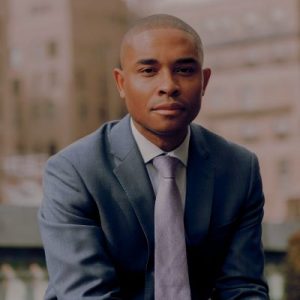 Christian Nwachukwu Jr. works at Bloomberg Philanthropies to advance the foundation's Government Innovation program, a unique effort of sustained, diverse investments to strengthen city halls and improve how local governments work around the world. Prior to joining Bloomberg Philanthropies, Nwachukwu served as director of speechwriting at the U.S. Department of Housing and Urban Development, where he was the chief speechwriter for Secretary Julián Castro and Deputy Secretary Nani Coloretti. It was the capstone of a seven-year speechwriting career, during which he served as director of speechwriting at the Corporation for National and Community Service, speechwriter for New York City Mayor Michael R. Bloomberg and senior speechwriter at the New York City Housing Authority.