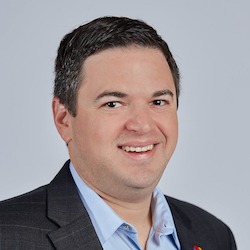 Dan Landson is a communications lead at Southwest Airlines, where his team recently won the "Best Overall Video" and "Grand Prize" awards in PR Daily's Video & Visual Awards. As a PR professional, he's always looking for unique, creative and strategic storytelling opportunities to generate positive brand awareness and revenue growth through owned and earned channels. He previously served as a producer with KLAS-TV in Las Vegas for seven years, where he oversaw editorial content to create compelling newscasts that captured and retained viewer interest. He was responsible for helping to increase KLAS-TV #1 ranking in morning newscasts, and leveraging social media channels to engage and grow audiences when news outlets were just beginning to use these channels as a way to extend their reach beyond television.