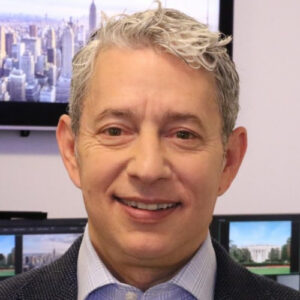 Doug Simon is the CEO of award-winning firm D S Simon Media. His firm helps clients get their stories on television, through satellite media tours and by producing and distributing video content to the media. It also produces virtual press conferences and events for fundraising, panel discussions and awards programs. He has pioneered multiple new services during his career and earned more than 100 industry awards. Since the start of the pandemic, his firm has produced and placed thousands of segments on TV stations. This includes featuring CEOs and other organization leaders in satellite media tours produced from the spokesperson’s home and transmitted to media through the company’s state-of-the-art control room. Doug also oversees the creation of proprietary research of local TV news trends and how they impact communicators.  Doug is also the host of the award-winning “PR’s Top Pro’s Talk…” video and podcast series. He’s dedicated to serving the industry with numerous leadership roles within PRSA-NY and served as President of the Publicity Club of New York for three years during a time of record growth for the organization.