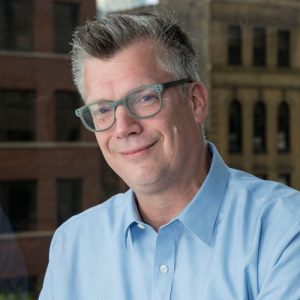 Eric Benderoff is senior vice president of brand solutions at Burson Cohn & Wolfe in Chicago. He is known for high-stakes media relations, crisis management and journalistic leadership with expertise in content development, message strategy, editorial writing and brand awareness. He is a media strategist for several key BCW clients—including Accenture, Bank of America and Ford—as well one of the agency’s preferred executive media trainers. Benderoff is a former journalist with two decades of top-tier newsroom experience and brings a working understanding of modern newsgathering to his communications strategies. Before joining BCW, Benderoff worked at the Chicago Tribune as a business editor, columnist, reporter and feature writer specializing in the intersection of technology and culture. As the Tribune’s personal technology columnist, Benderoff’s work was distributed to national newspapers and countless consumer-focused websites. He discussed technology trends each week on Chicago's top morning drive radio show, hosted a weekend cable TV segment and appeared regularly on Chicago public television. At the Chicago Sun-Times, he was the business editor responsible for the development and introduction of the paper's daily technology coverage. For several years, he served as the paper’s real estate editor and for three weeks, its fashion editor. Benderoff serves on the school’s Professional Advisory Board for the Public Relations and Advertising department and is the former chairman of his Local School Council for Chicago Public Schools. He has received a number of PR and journalism awards both individually and as part of BCW client teams.