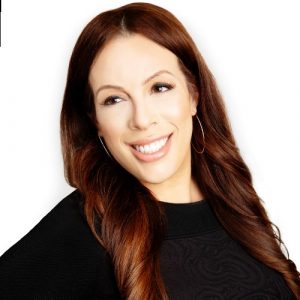 Esther-Mireya Tejeda is the chief marketing & communications officer for SoundExchange, the premiere music-tech and royalties solutions company in the U.S., building the future of music through technology innovations to create a more simple, efficient and fair industry across the globe. Tejeda oversees the brand strategy and marketing, global communications and public relations, industry engagement, and government relations and public affairs functions as part of the company’s executive leadership team.

A seasoned veteran of the entertainment industry, Tejeda has held executive posts at Audacy, Univision, PepsiCo, Diageo, and others. Prior to joining SoundExchange, she founded Audacy’s communications practice and led the communications strategy for its acquisition of CBS Radio and launch of digital streaming service, Radio.com. Among other career accomplishments, Tejeda built the communications practice for Univision’s sports business, and led Univision Deportes to national recognition during its 2014 partnership with FIFA World Cup. She was also instrumental in reimagining the marketing communications for the Pepsi Super Bowl Halftime Show in 2012 and 2013, and was key in launching Pepsi’s first-ever global marketing campaign in 2012.