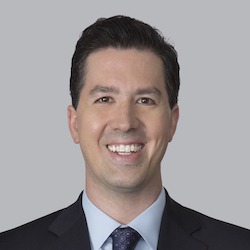 Jeff Sottolano is senior vice president of Radio and RADIO.COM Programming at Entercom, a leading media and entertainment company and one of the two largest radio broadcasters in the U.S. Entercom reaches over 170 million people each month through a robust portfolio of 235 radio stations, live events and digital platforms, and is the nation’s unrivaled leader in news and sports radio. In this role, Sottolano leads programming efforts for the company’s top locally curated content, including music, news, talk and sports for the company’s entire portfolio of brands nationwide, as well as their digital properties on RADIO.COM, the fastest growing digital audio app in the U.S.

Sottolano joined Entercom in 2017 as Vice President of Programming and assumed his current role shortly thereafter. Prior to joining Entercom, Sottolano served in numerous programming roles for CBS Radio for over 15 years, including most recently as Vice President of Corporate and National Programming from 2015 to 2017. Prior to that, Sottolano held various roles in CBS Radio’s Philadelphia and Rochester markets, including programming, digital, marketing, music and promotions.

Sottolano is a graduate of University of Rochester.