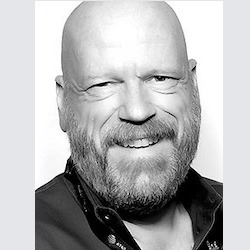 Jeff Truesdell is a St. Louis-based staff writer for People magazine, where he’s worked for 18 years as a human-interest, breaking-news and crime feature writer. His work appears in the People Magazine Investigates series on Investigation Discovery, and he executive-produced the award-winning, nationally broadcast 2017 documentary For Ahkeem, which grew from his reporting on a model North St. Louis school that offers a hand up for struggling teens trapped in the juvenile justice system.