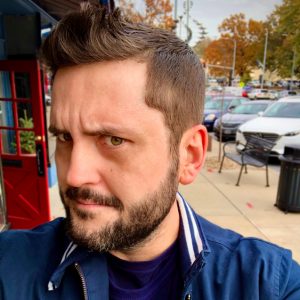 John W. Smith is the Senior Manager of Content & Editorial for Alamo Drafthouse Cinema in Austin, Texas. In his six years with the rapidly growing company, he's overseen their distinct and occasionally oddball brand voice and strategy on social media, in the press, and for video content, including their famed "Don't Talk" PSAs and pre-show video essays. In recent years, Smith wrote and produced a fake infomercial starring Jeff Goldblum, accidentally improved (or ruined, depending on who you ask) a major film studio's promotional plan for its superhero tentpole two weeks before release, and was yelled at by "The Room" director Tommy Wiseau.