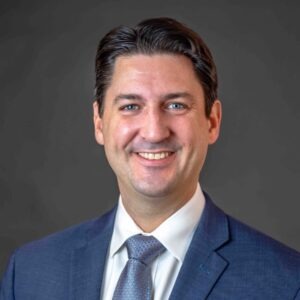 Philip Ballard is the chief communications officer and head of investor relations for HotelPlanner, a travel technology company powered by proprietary artificial intelligence. He oversees all corporate communications, public relations and investor relations, and manages all related outside agency support. He began his career as an active-duty Surface Warfare Officer in the U.S. Navy from 2000-2004, then served as a security advisor and instructor to the Missile Defense Agency, and then as a strategy and policy consultant to the Chief of Naval Operations staff in the Pentagon. He later served as speechwriter for the Navy Surgeon General, the National Geospatial-Intelligence Agency (NGA) and the Department of Veterans Affairs. On the corporate side, he has supported C-suite executives at L-3 Harris Technologies, Booz Allen Hamilton, The Depository Trust & Clearing Corporation (DTCC), PepsiCo, Ameriprise Financial, and Raytheon Technologies. Before joining HotelPlanner, he also served as a consultant for the Chamber of Digital Commerce, the world's largest trade association for the blockchain and cryptocurrency industries.