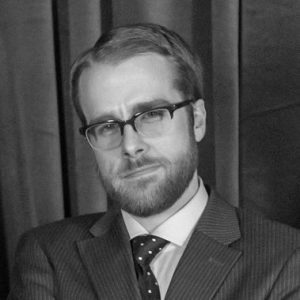 Riley Roberts is a seasoned speechwriter, communications strategist, and adviser to high-profile clients speaking out on the world's biggest stages. A principal at West Wing Writers, Riley previously served as chief speechwriter to Attorney General Eric Holder. During his four years in the Obama Administration, he helped to shape the Justice Department's communications strategy, responding to crises and directing efforts to reach audiences across the globe. Prior to joining the Administration, Riley served as speechwriter on a prominent U.S. Senate campaign and in the Capitol Hill office of a senator from his home state (Illinois). In addition to his work on behalf of clients, he is a regular media contributor and has been published widely under his own byline. Riley first came to Washington as an intern for then-Senator Barack Obama. He is a licensed pilot, a graduate of the University of Illinois, an Eagle Scout, and a Chicago native.