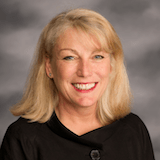 Stacy Carlson is currently executive speechwriter and communicator for the CEO of Caterpillar Inc. Previously, she was speechwriter to U.S. Treasury Secretary Henry Paulson and a freelance business writer. Stacy’s book, You, Me & the U.S. Economy: A Plainspoken Story of Financial Crisis was published by RosettaBooks in January 2010. Stacy has worked for the U.S. House of Representatives, was western region political director on the 2000 Bush for President campaign and director of California Governor Arnold Schwarzenegger’s Washington, DC office. She has also been a senior advisor in public policy at Akin, Gump, Strauss, Hauer and Feld. She began her career at Silicon Valley Bank, specializing in lending to venture-capital backed start-up companies.