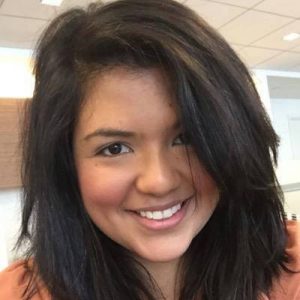 Stephanie Ramirez is the director of social media and engagement at Cheddar, the leading post-cable network covering news in technology, business and entertainment from the NYSE. Prior to her current role,Ramirezconsulted for organizations including Time Inc.'s People en Español and Facebook. In early 2017, she led the Instagram team at Mic. Ramirezwas also a 2017 Forbes 30 Under 30 in Media Nominee.She got her start in media back in Fall of 2013, where she led the social media strategy and execution for Flama, a Latino digital network created for, by and with Hispanic millennials, owned by Univision Communications.In 2011,Ramirezjoined the social media and digital practice at MSLGROUP, a strategic communications firm. There, she worked on a variety of clients, most notably Procter & Gamble. She was instrumental in helping Procter & Gamble create their social media footprint within the U.S. Hispanic market by planning, strategizing and executing its Latino social media channels and partnerships that included Univision and Telemundo.Ramirezhas received recognition for her work with two Tecla Awards for “Best Facebook Page” at Hispanicize 2016 and “Best Brand Doing Latino Social Media” at Hispanicize 2015. In February 2013, the Council of Public Relations Firms honoredRamirezas a “PR Champion.” She has been a speaker at the Emerson Group’s 2016 Future Leaders Panel in Chicago, at MRY’s 2015 Community Manager Appreciation Day and presented as the keynote speaker at the 2014 Social Media Strategies Summit, as well as other speaking engagements.