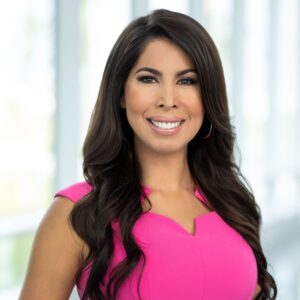 Veronica sits on the board of The Florida Aquarium, and is a member of the USF Advancing Latino Access and Success Task Force, the USF Zimmerman School of Advertising and Communications Advisory Council, and the Athena Society. She is married and lives with her husband and 7-year-old daughter in Tampa.