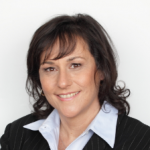 It’s the Situation Room on the evening that U.S. Navy SEALS raided Osama bin Laden’s compound and killed him.

A Hasidic newspaper in Brooklyn ran that photo, with some alterations—some major alterations. Der Tzitung (sometimes spelled Der Zeitung, which in German means “the newspaper”) removed Secretary of State Hillary Clinton and counterterrorism analyst Audrey Tomasen from the photo.

In the orthodox Jewish community, women are considered second-class citizens.

UPDATE: The paper has apologized to the White House. The fine print to the photo, which came from the White House, said it was not to be altered in any way. The paper’s photo editor apparently acted in haste when editing the image and didn’t read the fine print.

So, why edit Clinton and Tomasen out of the photo at all? In an email to The Washington Post, Der Tzitung explained: