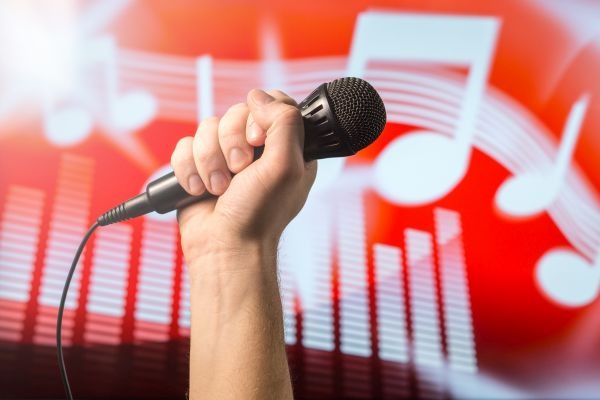 “Collaboration” is a term you see many public relations and marketing agencies use to describe how they do business. But how many of these organizations actually practice it? How many are simply dictatorships in which only the owner, CEO or group leaders are allowed to present their ideas while the others just sit there and listen?

If you want to see what the collaboration process looks like, and the benefits it can achieve, look no further than NBC hit TV show, “Songland.”

In its second season, “Songland” is a program aimed at finding the next generation of songwriters. Each week, an established guest recording artist comes to the show to hear four unknown songwriters pitch their original material. These contestants perform their original tracks in front of the guest artist and producer-mentors Ryan Tedder, Ester Dean and Shane McAnally. At the end of the episode, the guest artist chooses which of the song pitches will become their next single.

In search of inspiration

So how does the “Songland” process compare to your agency or public relations or marketing department? Think of the guest recording artist as your client. Like some of the previous guests, John Legend, Lady Antebellum and H.E.R., they are established entities. Some are even considered industry leaders. What they are looking for now is a fresh approach to keep their fans listening to their music.

While many of these guest recording artists are known for writing their music, by coming on the program they show they are not afraid to get an outsider’s perspective if that what it takes for them to achieve their next goal.

The “Songland” producer-mentors, featuring a trio of top music producers with a history of Grammy wins and best-selling records, are analogous to your company’s leadership. It includes your CEO, directors, coordinators and project managers. In addition to judging the initial performances of the songwriters, their job is to work with the songwriters to creatively adapt these original songs to the guest artist.

Finally, we have the songwriters. They personify your staff members, striving to make a name for themselves and prove their value to your company and clients.

What makes “Songland” such a valuable model to agencies, public relations teams and marketing departments is that it demonstrates what collaboration can accomplish when egos are set aside. The process is never about my idea, my music or my lyrics. It is everyone coming together to achieve one goal: writing and producing a great song.

It doesn’t matter who makes the most money or has the most years of experience. All ideas should be considered equal when the team is brainstorming ideas.

Don’t worry if one of your colleagues comes up with the idea before you do. We are in this together. If it bothers you that much, then use that feeling to come up with a better idea in the next session or for the next client.

Rock music legend Paul McCartney once discussed the competitive nature between him and John Lennon when it came to songwriting for The Beatles, saying in interviews that when he saw that John wrote a good song, Paul would tell himself, “Well, I’d better get going.” Ultimately, if John had written “Strawberry Fields,” he would come back with “Penny Lane.”

During a brainstorming session, it is extremely rare that an idea is perfect the first time it is shared. What the group needs to do is determine which ideas can serve as the foundation for the strategy we are trying to create. Remember, you are meeting for one reason: to help our clients achieve their business goals.

On “Songland,” that goal is to provide the guest recording artists with their next big hit. Sometimes, this means slightly changing the lyrics from a female to a male perspective (or vice versa) or tinkering with the melodies. Other times, it might be a complete overhaul of the original track to better fit the guest artist’s style.

The songwriters’ egos are not the only ones that need to be left at the door. The producer-mentors also must put their egos aside if the group is to succeed. Established as they are, the producer-mentors’ job is not to take over the project and make the song their own, but rather build on the original music so that it best fits the guest artist.

Brainstorming sessions are best when all participants know when to talk and when to listen. While leadership should always be afforded the reverence of speaking first, they also need to take the time to listen to other ideas in the room. You hired each person on your staff for a reason. Take advantage of the entire team assembled to help you create the best possible plan.

During my career, I have been presented with many bad ideas, but rather than dismiss the contribution, I would let them know why their suggestion would not work and try to offer a solution if one was available. Oftentimes, I was able to take the original idea and work with the individual to shape it into something we could use for the client.

The result was that staff members on the teams I led were not afraid to speak up when they had something to say and knew that their idea always would get proper consideration.

These same staff members, however, also need to think before they speak, and, like leadership, know when to talk and when to listen. Who hasn’t been in a meeting where that one person single-handedly extends the meeting time because they won’t shut up?

For the non-stop talkers, the best strategy is to tell them that you understand what they are saying, but to speak with you after the meeting so that the rest of the staff can get back to work. Then, if that person’s ideas are as good as they think they are you bring them up at the next meeting.

The goal here is to make sure that all employees are comfortable in group meetings and feel free to actively participate and share their ideas. If your business is going to truly succeed, then everyone must be allowed to participate.

On “Songland,” after the producers-mentors and remaining songwriters have reworked the original songs, they return to present their final product to the guest artist.

Regardless of which song is selected in the end, seeing the shared joy of a job well done is the most inspiring part of the show. You will never see the producer-mentors beating their chest and saying, “Look how great I made this song.”

The songwriters are equally humble thanking everyone from the guest artist for listening to their song to the producer-mentor for helping make their song even better than their originals.

Sure one person may be able to get the job done alone, but together, we can get there much quicker.

A veteran of more than 20 years in the public relations, marketing and social media industry, Michael L. Ingberg serves as a consultant under the name MLI Public Relations in metro Detroit. You can connect with Michael on Twitter (@mingberg) or LinkedIn (@mikeingberg).