The concept of a “biosimilar” can be complex and confusing and the issues surrounding patents are even more complex. So when Amgen took Sandoz to court over its release of a biosimilar – a biopharmaceutical medication designed to have active properties similar to one that somebody else has already licensed – there wasn’t a lot of attention paid to it, even as the case wended its way all the way to the Supreme Court of the United States (SCOTUS). At that point, the communications team at Sandoz was determined to ensure the company’s point of view was prominent in the discussion, with a focus on ensuring life-saving, cost-effective treatments are accessible to patients who need them. This earned Sandoz the 2018 Healthcare PR and Marketing award for PR and Media Relations.

The team developed a strategy that focused on creating a micro-movement of media and other stakeholders supporting Sandoz while planning for multiple possible SCOTUS outcomes. Before SCOTUS heard the case, the team hosted a webinar with Sandoz’s US Biopharma head designed to educate key media about biosimilars and their importance, the potential impact of the case, and other pertinent information.

Social media was the key channel as the hearing date approached and the team (winners of our) maintained a drumbeat of information in the period between the hearing and announcement of the court’s decision (about three months).

As a result, the largely favorable decision for Sandoz was amplified by spokespersons in several one-on-one interviews with important media outlets.

More than a year later, Sandoz continues to leverage the case to amplify its message. The team’s efforts led to a more than 50% increase in Sandoz message pull-through, with at least one of the company’s key messages included in more than 90% of coverage – and stories continue to appear reflecting Sandoz’s key points. 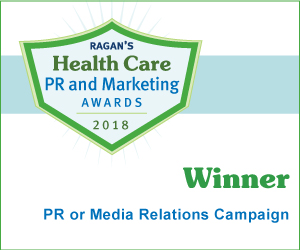