A familiar refrain in the world of communications these days is the vital importance of stories. At Premier, according to the organization’s entry in the Social Media category of our 2018 Healthcare PR and Marketing Awards program, great stories are at the heart of its communications.

With a goal of telling stories that enrich lives while sharing important information, Premier’s team found itself captivated by the success of the podcast, “Serial,” and began looking for a serialized story of its own to tell.

They found it in Dr. Jennifer (Jenny) Hartsock, a physician who had struggled with weight issues her entire life. A veteran of several attempts to shed weight and keep it off, she decided to share her latest journey publicly, which turned out to be the ideal story for Premier to share in order to humanize the brand and build audience engagement.

The decision led to the development of a strategy to leverage digital and social channels over which “Jenny’s Journey” would unfold on a weekly basis. Using content Jenny produced herself along with videography from Premier Healthcare, the team promoted the series with a hashtag, #DrJennyGetsFit.

Though social media was the primary means of distributing the story, the team also created a microsite to house the content, which supplemented the series with information others could use to address their own desire to get healthy and lose weight.

The series attracted more than 164,000 views, more than 1,900 social reactions, and 100 shares, along with 6,600 pageviews on the microsite. Jenny’s videos achieved viewership that was double the average views on Premier Health posts and led to an 8.5% increase in Facebook followers.

Congratulations to the team at Premier Health. 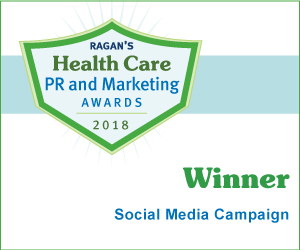