Faced with a small but growing amount of negative online sentiment, eBay’s affiliate program, eBay Partner Network (EPN), wanted to change its game. The task fell to Just Drive Media, which has been EPN’s communications partner for years. Its success in turning the tide has earned it first place in the “Community Engagement” category of PR Daily’s 2017 Digital PR & Social Media Awards.

Just Drive Media’s social media monitoring program revealed a  problem: while a  survey of EPN participants revealed that most were likely to recommend the program, the negative commentary online was drowning them out. Just Drive Media set out to create a platform for giving a stronger voice to the program’s most enthusiastic advocates.

The AdvocateHub – called EPN Insiders – contains information that’s easy to consume and share, along with reward-based challenges and discussion forums that allow ambassadors to engage with one another and build a stronger community. According to Just Drive Media, “We invited Insiders to share their stories and success tips on social media channels, blogs and forums; and gave them the tools they needed to become spokespeople for their own businesses and for EPN.”

Since its launch, the program has attracted more than 1,000 members who have produced more than 17,000 acts of advocacy, along with a significant amount of user-generated content. Advocates have answered questions and provided guidance to prospective members, acted as beta testers for new features and attended partner events. As a result, overall sentiment around the program has grown tremendously more positive. 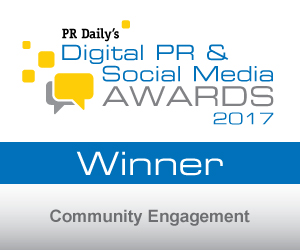