Syracuse University has a diverse roster of alumni, ranging from reality TV stars and astronauts to a member of the Exonerated Five. The university’s social media team realized they had a powerful opportunity to connect these alumni with the audience on the @SyracuseU Instagram account, building bonds and brand recognition with prospective students, current students and other alumni.

Working with senior leadership departments across campus, the team identified alumni who offered both impressive accomplishments and large social media followings. Starting with “Real Housewives of Orange County” star Heather Dubrow, the team pre-promoted a Q&A on their Instagram channel, with cross-promotion across other social media, offering the audience a chance to submit questions using the Question Box feature. Six to eight hours later, the social media team vetted the questions and Dubrow filmed her answers, which were posted to @SyracuseU’s Instagram story and archived as a page highlight.

The results of Dubrow’s Q&A were evaluated, and the formula tweaked for follow-ups with NASA astronaut Eileen Collins and the university’s first honorary undergraduate degree recipient, Kevin Richardson, a member of the Exonerated Five. In return for their participation, alumni received a branded swag bag of Syracuse goodies.

The Q&As reached an average of 10,954 unique users, compared to the page average of 8,500 views, and performed well above the page’s Instagram Story average. @SyracuseU gained an estimated 2,500 followers since the program’s launch, helping to reach their goals of brand recognition and engagement.

In addition, Kevin Richardson’s story was repackaged and used on the Syracuse University website, where it drove 200 visitors who spent an average of 1:30 on the page.

Congratulations to the Syracuse University social media team on an innovative use of Instagram Stories. 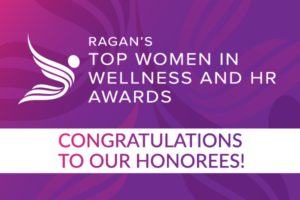 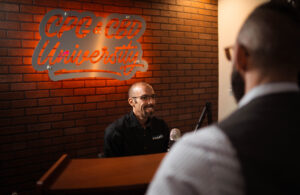 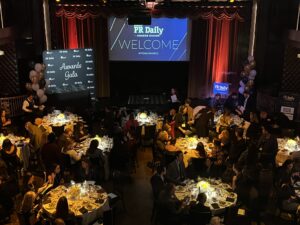