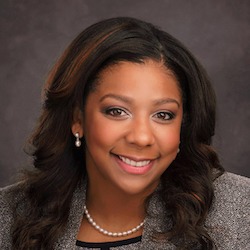 Tamra Johnson is the assistant vice president of public affairs for American Property Casualty Insurance, where she leads multimedia communications strategy and long-term consumer education and awareness initiatives. along with the trade's diversity and inclusion program. Previously, she was a national spokesperson and PR manager for AAA, where she managed media relations for the association's public affairs team in Washington, D.C. She was community relations and marketing director for St. Vincent Catholic Charities before that and also worked as a television journalist, covering breaking news on-air and online.