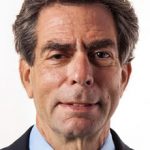 While Boeing is still working on fixes for the 737 Max issues that have grounded the aircraft, numerous commentators have suggested that Boeing needs to mimic the reputation recovery playbook Johnson & Johnson used during the Tylenol crisis in 1982.

As someone who worked closely with the J&J team during the Tylenol response and comeback, I say it’s too soon for the Tylenol approach.

Boeing is still in the throes of the crisis. Its situation is much more analogous to what BP went through when it took 85 days to cap the well after the rig exploded in the Gulf of Mexico.

For almost three months, there was little that BP could do until the Deepwater Horizon well had been capped and the oil spillage had been “contained.” Only then could BP begin to pivot toward normal operations and undertake the long and difficult work of regaining public trust.

Boeing is in the same position. Only after the software fix is implemented and the FAA certifies the planes as safe to fly can Boeing and the carriers implement a Tylenol-like strategy. Four decades later, here are three elements of the Tylenol approach that remain relevant.