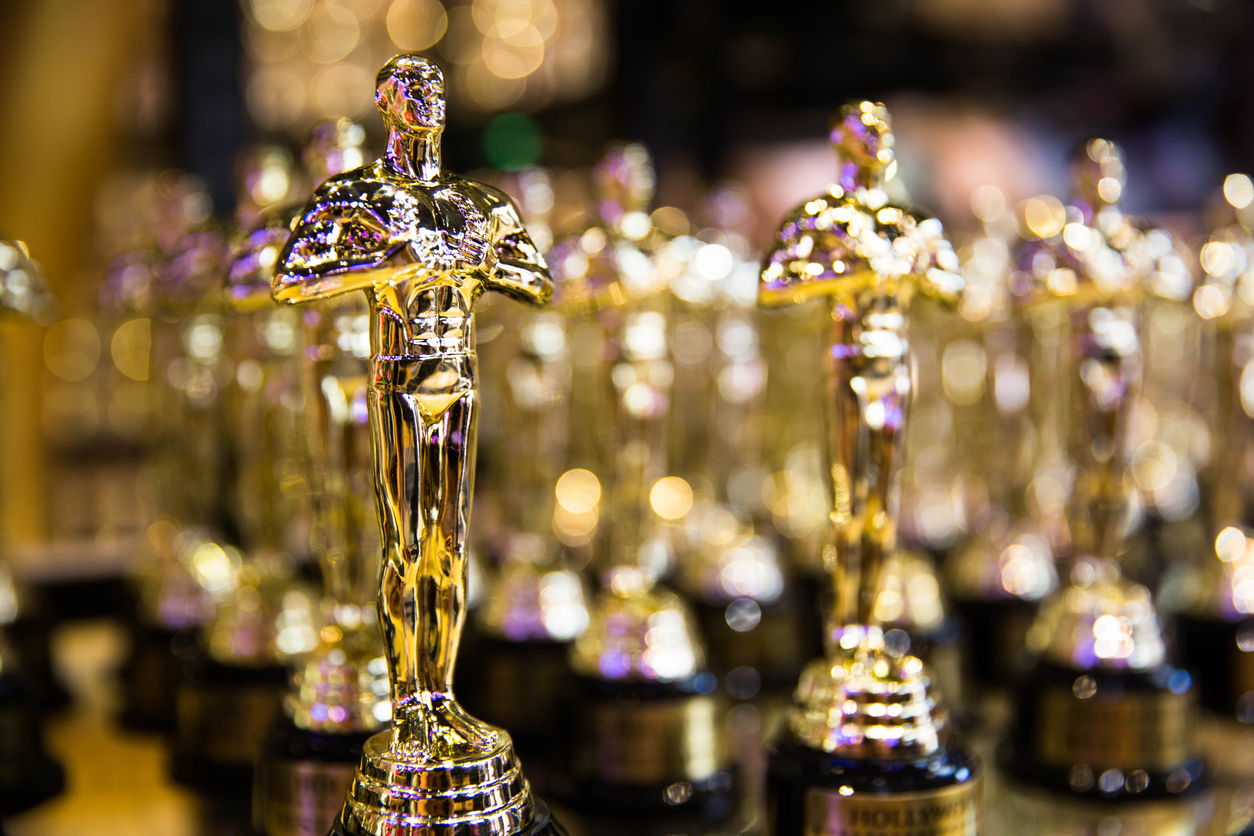 For the Academy of Motion Pictures Arts and Sciences, the organization behind the Oscars, 2022 will be a year no one forgets.

While the film industry’s biggest night is often remembered for comedic performances, tearful acceptance speeches and historic wins, this year’s events will stand out for another reason: Will Smith’s actions when the movie star stormed the stage to slap Chris Rock after a quip about his wife, Jada Pinkett Smith.

The Academy has since banned Smith from attending the Oscars for 10 years — but says he can still be nominated and win its awards for his work in the movie business.

In an open letter released after a morning meeting of the academy’s 54 governors, the group’s president, David Rubin, and its chief executive, Dawn Hudson, also called Mr. Smith’s behavior “unacceptable” and admitted to not handling the situation properly during the telecast.

“For this, we are sorry,” said the statement. “This was an opportunity for us to set an example for our guests, viewers and our Academy family around the world, and we fell short — unprepared for the unprecedented.”

The exact details of the event — captured in real time for the whole world to see — have been hashed and rehashed ad nauseum for weeks. For PR pros, the event offers a unique case study in crisis comms response, for the teams behind both Will Smith and the Academy. 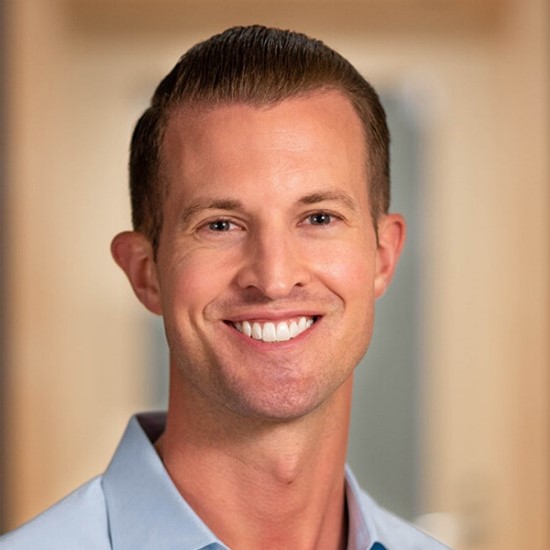 “The day after this initially happened, [The Academy] put out what some might feel was a fairly corporate-speak, cookie-cutter type statement,” says Brendan Griffith, senior vice president with Reputation Partners.

The letter, obtained by Variety, states that Academy leadership is “upset and outraged” over the altercation and how it “overshadowed” a celebration of the film industry community.

“Sunday’s telecast of the 94th Oscars was meant to be a celebration of the many individuals in our community who did incredible work this past year. We are upset and outraged that those moments were overshadowed by the unacceptable and harmful behavior on stage by a nominee,” the message begins.

It was a statement that fit, perhaps not the moment, but certainly the organization, says Griffith.

The Academy had few options to respond in real time to the slap. An act of violence is out of their control and requires some fact gathering, though the traditional crisis tactic of promising to investigate feels different when the transgression was broadcast live around the world.

What the Academy got wrong

In Griffith’s view, the Academy’s crisis response started to break down after the early response and its statement where it revealed Smith was asked to leave the event but refused.

As the New York Times reported:

“Things unfolded in a way we could not have anticipated,” the academy said in a statement announcing that it had initiated disciplinary proceedings against Mr. Smith. “While we would like to clarify that Mr. Smith was asked to leave the ceremony and refused, we also recognize we could have handled the situation differently.”

The Academy’s version of event is also disputed, with sources claiming it never formally asked Smith to leave.

And most of the conversation was driven by external narrators, actors and performers who attended or watched, and commentary from late night hosts and “Saturday Night Live.” In Griffith’s analysis, the Academy went practically radio silent until Smith resigned from the Academy on April 1.

The failure to respond left room for more questions, Griffith warns: questions about the Academy’s progress on issues like diversity and representation, and questions about how it will respond to other dignitaries who have been credibly accused or even convicted of misconduct.

“It feels like this is another strike against them, where they have found themselves in a negative light, and they haven’t really been doing anything meaningful to get the spotlight off of them,” Griffith says.

Hoping it blows over

Was the Academy be banking on the hope that the merciless news cycle of 2022 will quickly move audience onto other narratives in the coming days? Certainly, says Griffith.

“I think everybody knows that people have short attention spans,” he says.

And Griffith saw  Smith’s resignation from the Academy as the actor doing the Oscars organizer a  favor. Variety reported:

In a statement, Smith called his actions “shocking, painful and inexcusable” and said that he will accept any additional consequences that the Academy’s Board of Governors deems appropriate.

“The list of those I have hurt is long and includes Chris, his family, many of my dear friends and loved ones, all those in attendance, and global audiences at home,” Smith said. “I betrayed the trust of the Academy. I deprived other nominees and winners of their opportunity to celebrate and be celebrated for their extraordinary work. I am heartbroken.”

At a high level, Griffith explains, crisis comms is about taking responsibility and owning the situation. And so far, Smith has been the one to act.

“He took ownership for this, and expressed his remorse,” Griffith says.

When the Academy finally took action, banning Smith from attending Oscars events for the next 10 years, the damage had already been done. “It is a weak response, and for a couple of reasons,” says Griffith. “First, leading up to Friday’s announcement, Will Smith had already proactively resigned from The Academy several days earlier, so this further emphasizes how poorly The Academy was behind the eight ball and was trying to play catch-up.”

And the decade-long ban feels like the Academy trying to make up for its failure to react, rather than a proportional response to the incident. “Yes, the Oscars is one of the more prestigious and glamorous events, and I’m sure Smith will miss attending,” says Griffith. “However, his movies can still be nominated for Oscars, making him eligible to continue to potentially win the most coveted award in Hollywood.”

And the Academy wasn’t fooling anyone by trying to dump news of the ban on a Friday to avoid the worst of the news cycle.

“Making a Friday announcement is one of the oldest tactics in the book for burying news or sharing an announcement your organization is less than thrilled with releasing,” says Griffith. “While I reluctantly applaud The Academy for finally communicating further around this issue and taking some sort of action, too much time has passed.”

What are the big lessons for PR and crisis pros from the slap and its aftermath? Griffith offers three:

1. Speed is of the utmost importance. It’s hardly revelatory for crisis pros, but it’s perhaps the clearest lesson from the response to the events. “The speed at which you are able to respond and provide information is always going to be one of the top priorities,” Griffith says.

2. Educate on your role and responsibility. Griffith argues that clear and concise messaging about not only what you are doing but what it is possible for you to do during a crisis is crucial. The Academy’s note about its attempt to ask Smith to leave the broadcast came late and didn’t offer a lot of transparency.

For example, the Academy still hasn’t done enough to explain its decision to ban Smith from Oscars events for 10 years. “The Academy is missing the opportunity to elaborate on how this decision will set the bar for any future unacceptable actions/behavior at the Oscars,” says Griffith.

3. Learn from your mistakes. Every crisis offers an opportunity to get better as an organization and to avoid repeat offenses. Whether the Academy will learn from this set of events is, so far, an unsettled matter.

In announcing the recent ban of Smith and apologizing for its early inaction, the Academy said it was “unprepared for the unprecedented,” which Griffith sees as a bit of a cop out. It might fly “the first go around,” he says, but the Academy won’t keep getting the benefit of the doubt.

“It would be unfortunate for The Academy to not use this event to prepare for something similar to happen down the road,” he says.