Did you know that more than 4 million dogs end up in shelters and breed rescues every year? Pedigree sought to reverse this sad statistic through a partnership with Weber Shandwick and a savvy social media strategy. The pet food company not only encouraged dog adoptions and increased pet food sales but also sweetened its philanthropic efforts by snagging top honors in PR Daily’s 2013 Corporate Social Responsibility Awards for Best Social Media Campaign.

After noting “overwhelming positive community feedback” from supportive shelter efforts in Chicago and Nashville, Pedigree decided to embark on a larger crowdsourcing campaign to encourage the public to choose communities in which shelters would benefit from the Pedigree Feeding Project. Pedigree asked dog lovers, via Facebook , to nominate communities that the company should feed and support. Here’s how they did it.

Encourage celebrity partnerships
Pedigree chose country star Miranda Lambert to help promote efforts, as she founded her own animal rescue foundation and her commitment would be sincere. During the prelaunch part of the campaign, Pedigree conducted a “meet and greet” with Lambert and encouraged bloggers and national media to announce the initiative. Additionally, two PSA-style videos starring Lambert were created. Select influencers were given a behind-the-scenes look at the videos.

The results
Because of the Pedigree Feeding Project, participating shelters saved nearly $500,000 on dog food costs, funds that were reallocated toward programs to promote dog adoption. More than 2.4 million pounds of food were given to dogs in participating shelters. The campaign helped encourage almost 15,000 adoptions. 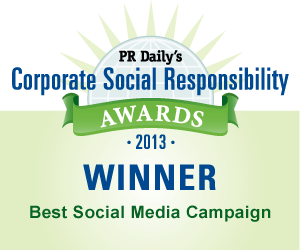