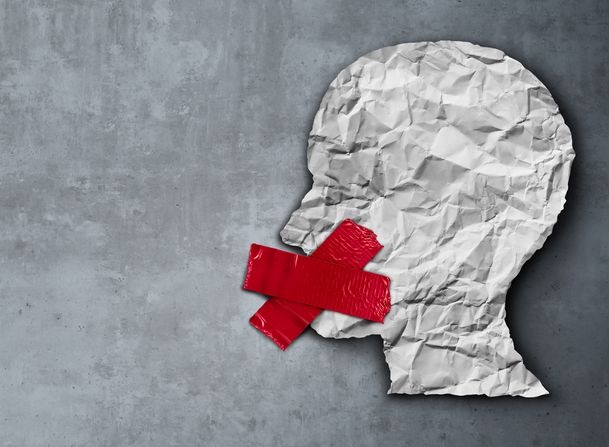 I think PR people are predisposed to hate cancel culture. We’re in the business of promoting brands and individuals who serve brands, and cancel culture makes our job much harder to do. Also, I don’t think most PR people support “canceling” a person or brand for entertainment.

However, I propose that cancel culture is valid as a form of social accountability in this digital era. It should be for violations of significant societal norms by public figures, and not about censoring things you just don’t like.

According to a May 2021 Pew Research Center study, 49% of respondents essentially agree with me.

So, when is it appropriate or even responsible to cancel someone or something? I pondered this when watching “Allen v. Farrow” on HBO Max this week. The documentary eviscerates Woody Allen for alleged sexual assault of his then seven-year-old daughter and presents a wealth of damning evidence from attorneys and trauma experts alike.

If individuals and brands are using their platform to promote highly detrimental acts—or are misleading the public about such acts—strip them of the benefit of that platform. It’s a boycott.

Should a public figure profit from misleading your neighbor, your friend or your family? What are the short- and long-term repercussions for your industry and community if they go unchecked? Use that as your guide.

Canceling is most effective when it’s about fixing problems.

When is canceling wrong?

As mentioned above, canceling shouldn’t be used as censorship to suppress dissent. But there are other threats that cancel culture presents.

There’s the danger of eroding social norms like an assumption innocence until proven guilty, and fundamental fairness. The film “Richard Jewell” underscored the hazards of rushing to judgment.

Then there is the danger of harming the livelihoods of innocent people who work for brands. Harvey Weinstein deserved to be “canceled” and subsequently removed from the Weinstein Company, but it’s a shame that there were other, innocent employee casualties.

How to prevent cancelation

Individuals and popular brands: Know that your actions are scrutinized. If you make a misstep, say or do something offensive, particularly now, expect your followers to call you out, especially if the persona or brand you have cultivated conflicts with your actions.

For example, if Howard Stern were to make a crude, sexually explicit joke, he would fare far better than if the late, universally beloved TV personality Fred Rogers were to tell it. It’s expected of Stern, not of everyone’s favorite neighbor.

To preserve and enhance your reputation, know your audience and their expectations of you. What promises have you made to them, either explicitly or implied? If you have built a brand based on kindness and empathy, you need to embody that.

Can you bounce back from cancelation? Maybe, but you’ll pay the price for it financially and otherwise, and it won’t happen overnight.

The role for PR pros

To my fellow PR practitioners and publicists, we have the power to make words, concepts and people find huge audiences. Along with that power, however, comes the responsibility to advocate for what’s right, condemn what’s wrong, and work to make a difference.

Lisa Fels Davitt is founder and CEO of Succession Communications in Washington, D.C.

3 Responses to “How PR pros should respond to ‘cancel culture’”

With sex-related accusations we may not know for sure which side is telling the truth. It’s easier to judge the murder-with-missiles controversy in which terrorists (a) complained about Israel’s government and then (b) fired over 10,000 explosive missiles killing Israeli women and children.

When we see heartbreaking photos of corpses, we can choose not to buy products of Unilever which has taken the side of terrorists by boycotting Israel. But when accusers attack our great tech companies like Facebook, Google and Amazon that each help over 100 million Americans, we have a right to judge not only the accused but judge the accusers.

American companies deserve our PR help to tell how they serve us. The public can judge companies fairly only if the public knows what they do for us.

I wrote extensively about cancel culture and brand management.

Below please find my article:

Kris Ruby’s piece is so excellent! Looking at it shows why, although college PR courses are important, “real world” education like that in PR Daily and PR Daily courses make the educated more in demand by recruiters and better paid.

Voters vote not just for candidates but for themselves, evaluating each candidate’s positions not so much on theory as on “what’s in this for US, the public.” In the same way, recruiters for PR jobs focus not just on grades earned years go in college but on knowledge of today’s PR perils like cancel culture and today’s path to public popularity, sponsoring a medical research project so the public will love you.

Love! Songs yearn about it, advertising promises it, and health-related PR thrusts bring it in. Even retailers and restaurants can do this with a health-
related placard in the window. Great PR firms guide companies to earn it with the bang-bang of (a) supporting a research project and (b) sponsoring doctors and nurses to do media interviews on how to avoid common health perils and how to detect them early enough to defeat.

This helps us protect not only ourselves but others. The wife you save may be your own!