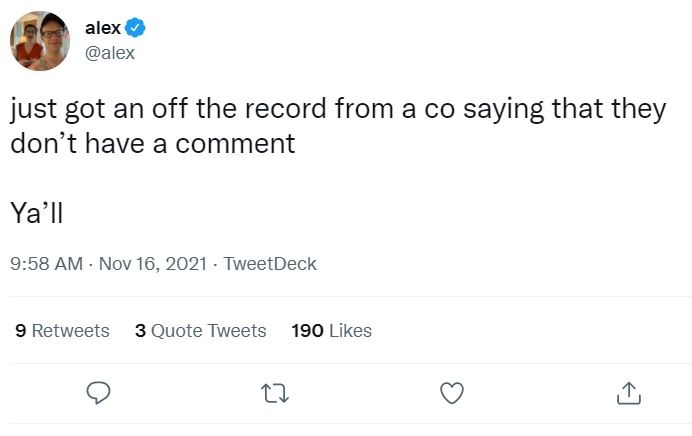 The debate over sourcing stories “on background” has become a point of contention as news outlets have struggled to fight rising levels of mistrust. The practice of offering information “on background” is when a source offers a reporter information, or even statements that can be quoted, but under the agreement that the info will not be attributed to a specific person.

But is the practice undermining journalism’s credibility?

According to Edelman’s Trust Barometer for 2021, “business” is the only institution that still has the public’s trust. Meanwhile, “media” is the least trusted entity. 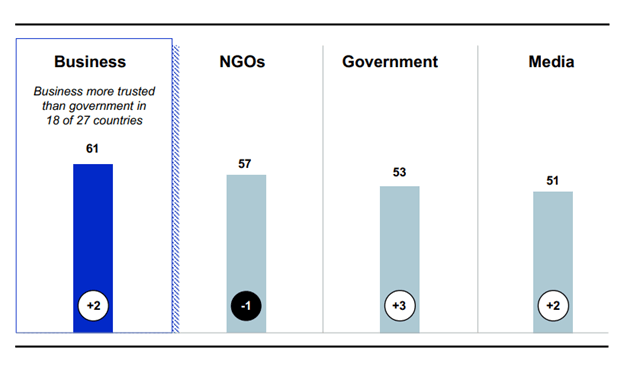 Journalists are increasingly concerned about their ethical responsibility to fight misinformation and “fake news.” According to new research from B2B firm Greentarget, journalists see themselves as the most responsible for fighting the scourge of “fake news.”

It wrote in its report:

Like last year, journalists believe they, more than any other group, have an ethical responsibility to vet fake news and identify misleading information. In fact, the percentage of respondents who said it was journalists’ responsibility increased from 85 percent last year to 93 percent in 2021, an interesting finding given the continued downsizing of most newsrooms. About half of this year’s respondents, fairly consistent with the 2020 findings, said government has the responsibility, though 45 percent said they strongly support or somewhat support anti-fake news laws, up from 39 percent last year. Interestingly, about 70 percent of respondents in both surveys said social media companies were ethically responsible.

Perhaps it’s this frustration, coupled with their sense of duty to readers, that is forcing some outlets to push back on what they see as damaging PR practices. The Verge, a popular tech news outlet, made clear it would be changing the way it allowed companies to offer statements and other information “on background.”

Today, The Verge is updating our public ethics policy to be clearer in our interactions with public relations and corporate communications professionals. We’re doing this because big tech companies in particular have hired a dizzying array of communications staff who routinely push the boundaries of acceptable sourcing in an effort to deflect accountability, pass the burden of truth to the media, and generally control the narratives around the companies they work for while being annoying as hell to deal with.

The problem with information shared on background is how it undercuts trust in the media outlet reporting the information. Companies have changed their story, tried to avoid scrutiny and outright lied to reporters while “on background”—a pattern that has become alarming enough for The Verge to share some examples, including:

Some of these complaints are instances that are easily recognizable. Volkswagen took heat for its April Fool’s prank earlier in the year, for example. Others speak to a larger pattern of PR pros trying to trade access for favorable coverage, a practice that might be undermining faith in the news media.

The Verge is clarifying what its new rules mean for PR pros working with its reporters and editors:

The difference between “on background” and “off the record”

Being “on background” is different from being “off the record,” and media relations experts say the offering background information has its value for PR efforts.

But media relations experts caution that going “on background” or “off the record” can backfire if you don’t have a strong relationship with a reporter or haven’t defined why you are using the strategy.

The Associated Press also has rules about when it allows anonymous sources versus when it requires someone to put their name to a statement:

And before you think asking to be “off the record” is better than being “on background,” The Verge has more terse advice:

We do not readily agree to off-the-record conversations with corporate communications professionals or people speaking in their official capacities without specific reasons.

Tips for going on background

If you have decided that you are this generation’s Deep Throat, and your information is worth offering “on background” or “off the record,” Phillips has tips for how to execute the strategy:

If your agreement is broken

If your message to a reporter is published—especially if you failed to get your “off the record” agreement in writing ahead of time—don’t waste your time complaining about the rules of journalism.

When columnist Jennifer Rubin wrote an email to Politico with the subject line “OFF THE RECORD,” Politico published her words anyway.

And other journalists and media pros defended Politico’s right to publish:

For the uninitiated – and the initiated pretending they don't know because it's a fun way to slam a reporter – off the record is an agreement. Don't send an email saying OTR – especially when you're ostensibly in journalism! – and not wait for the reporter to agree

This practice started it feels around 10 years ago. It stayed around because some reporters accepted it. It’s wrong and puts reporters in an impossible position. People should stop doing it and reporters should stop accepting it

For PR pros and brand managers, political operators and anyone else seeking an audience, the safer bet is to just be on the record. In the digital media environment these days, your words are likely to find the light of day anyway.

You could call many an “unnamed source” by a name that for three
reasons is very appropriate: schmuck!

.1. He’s a schmuck because a named source has more opportunity to
show, when someone accuses a company—usually that the company
endangers the public, makes too much on the public or is unfair to the
public—that just the opposite is true.

Better than walking around with a resume is walking with a corporate
resume in your pocket or handbag—facts on the company’s “job
history” in protecting the public, saving the public money and fighting
for fairness to the public. In return for your quotes, most journalists will
let you get in some truths about “how we serve the public.”

.2. He’s a schmuck because an “unnamed source” has less of a chance to
call a false accusation “phony news.” A skilled PR defender should be
ready to not only present the TRUTHS about your positives but also the
TRUTHS about the other side’s negatives. At minimum you can almost
always ask people to judge whether the accuser “is telling only one
side of the story” and not the side that’s more important to the PUBLIC.

.3. He’s also a schmuck because he frustrates the journalist who knows
that saying “unnamed source” may make many people wonder is there
really a source or did the journalist make it up.

If you look at the finalists, some of them brilliant, in the PR Daily awards
competition, you my judge as I do that every one of them not only speaks
on the record to journalists about their accounts but speaks proudly.
An advantage of retaining award-winning PR people is their ability to
speak on the record persuasively. 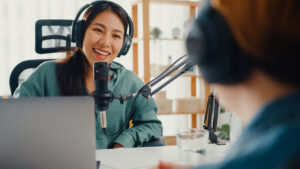 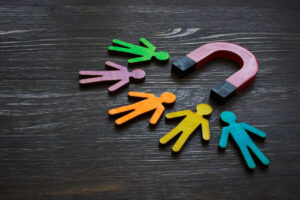