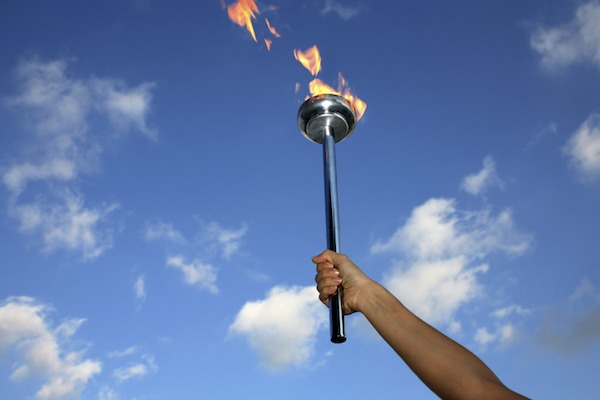 When faced with a crisis, the clarity, consistency, accuracy, and speed of your messaging is paramount. When applied on a massive scale, like an international, globally-televised sporting event, in the midst of the all-consuming Covid-19 pandemic and its news cycle, that is even more true.

The International Olympics Committee (IOC) and the Tokyo 2020 Olympics organizers have unfortunately demonstrated how not to manage a highly-publicized crisis in the 14 months leading up to the Games. As a Bloomberg reporter with an up-close view of the chaos noted, the Tokyo 2020 Olympics team has repeatedly “bungled their messaging time and again.” Its struggles were largely attributed to navigating the ever-shifting guidelines to safely host such a large event, including when and how the games would be held, who could be in attendance, and which safety policies would be required or not.

(Just last week, the Olympics organizers announced that no spectators would attend the games in-person, creating consternation for sponsors and media partners.)

That alone would produce either a new gold standard for crisis communications or present a great case for what not to do. Yet, there is far more which the Olympics team has handled poorly in that time, including widespread backlash against the Japanese Olympics Chief Yashiro Mori for his poorly received joke about the inclusion of women in board meetings and how those meetings take too long.

It is from these many gaffes which PR professionals and business leaders can learn from, even as we turn from the full force of a global health crisis and into new challenges for our clients and businesses. Here are three lessons to consider:

1. The pandemic is still in control of the news cycle.

Even though vaccinations are occurring (albeit slowly, the New York Times reports just 7% of Japanese citizens are fully vaccinated) and states of emergency have been lifted, the 2021 Olympics has not escaped the pandemic’s influence.

Consider how the pandemic has affected your organization or startup and continues to do so. What might you be able to have prepared as policies and health guidelines change? Keep an eye on the news cycle and make sure your response teams have thought through how to communicate effectively should you be placed in the spotlight.

2. Crisis PR is a skill your marketing communications and executive teams must have to be successful.

Unfortunately, the Olympics organizers have a history of delaying their responses to crises or scandal. It isn’t always a failure, but as a whole the IOC’s communication and PR mistakes have a lot to do with their lack of timeliness with messaging.

Of course, in a crisis you want to make sure whatever you decide to do and say is thought-out and executable. But a failure to communicate your progress in the decision-making process leaves your audience guessing and speculating, or building a campaign against you! Your PR team should have a focus on crisis communications and make sure they’re ready to release any and all information in a timely manner, with plenty of follow-up.

Take your time to make the right decision, but don’t wait to get at least a holding statement in front of anxious onlookers.

If the IOC and Tokyo 2020 Olympics teams had properly planned, especially given the size and scope of the Games, they would have considered a course of action in the event of many crises. One would imagine these include natural disasters, violence or unrest, and scandal, as well as health crises such as an epidemic or pandemic. China, as it prepared for the Beijing 2008 Olympics, was derailed five years ahead of their Games by SARS scares, according to the Associated Press. Crises like the Covid-19 pandemic should have been on Tokyo’s radar, especially as the situation built in neighboring China in the months before their eventual announcement to postpone the Games in 2020.

Your organization or startup is not likely to involve itself in an event the size and scope of the Olympic Games, but it should consider what big and small crises could arise in the scope of its long-term plans for the business. Are you planning to unveil an international product in three years? Think through all that might happen in that market and how you’d be prepared to handle it. Are you participating in a big convention or opening up an events arm of your business in the near future? Consider how you would accommodate the health and safety of your guests in a number of scenarios.

In these and all circumstances, careful thought and a team of skilled communicators are always your best bet to come out of a crisis on top.

Kathryn Arnold is a Senior Account Executive at Swyft, a PR and marketing agency focused on tech startups.

This calls to mind the PR wisdom of Goldwater supporters who said that “extremism in defense of liberty” is not a fault. Extremism even in defense of health may not be a virtue.

CEOs are credited with running thousands of people but in a sense that doesn’t happen. CEOs usually run perhaps 10 or 12 people, half of them closely, and everyone else in the company is managed by those 10 or 12. A key proclivity and skill of CEOs is relying on managers who are not extremists.

Isn’t it ridiculous extremism to have no one at all in the stands, not even 500 or 1,000? A common CEO thought and sometimes question when that kind of proposal is made by a top manager: what would be lost by making a move that is less extreme?

A problem with risking a huge chunk of a company’s or country’s assets is that if it’s done repeatedly, there’s eventually likely to be a loss and then disaster.