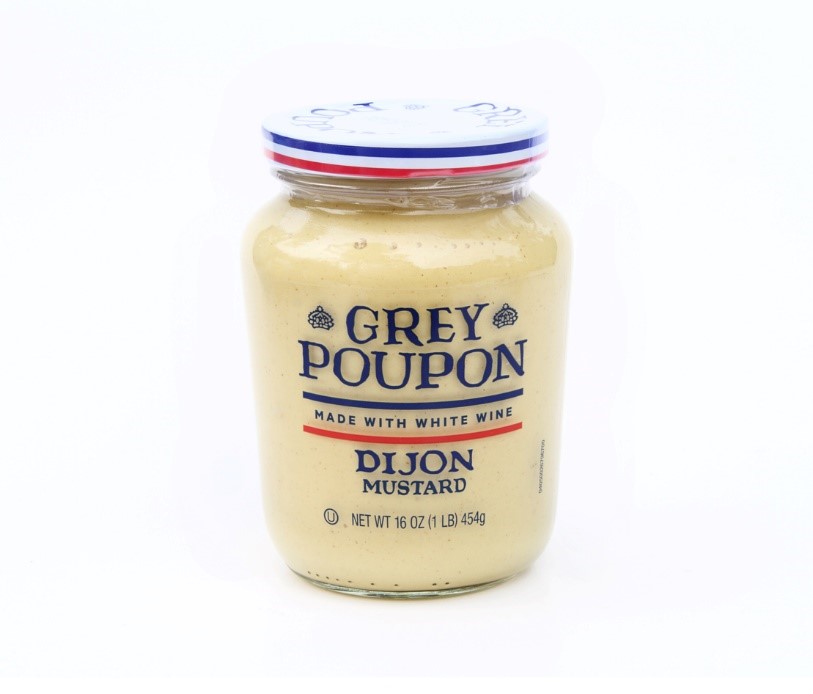 Grey Poupon found a way to jump into a trending Hollywood gossip story.

In case you missed it, a nanny for actress/director Olivia Wilde and her former partner Jason Sudeikis recently shared details about Wilde’s reported relationship with singer/actor Harry Styles, CNN reported.

According to the nanny, Wilde angered Sudeikis by preparing a salad for Styles with her “special dressing” in the family kitchen.

The news sent the Internet scrambling for what was in the “special dressing.”

While Wilde has called the nanny’s comments “false and scurrilous,” she posted a photo on her Instagram story last week of a passage from Nora Ephron’s autobiography “Heartburn” that offered some insight.

The post, which has over 6,300 likes as of Monday morning, has a feather boa wrapped around the jar ­­— a costume staple of Styles.

Why it works: It’s good to quickly act if your company gets mentioned by a Hollywood star in the middle of a trending pop culture story. Grey Poupon did a great job here to capitalize on attention from Wilde’s post with their own viral post and plans for a social media giveaway.

91% of CEOs expect a U.S. recession in the next year

Business leaders across the country are continuing to make pessimistic statements about projections for the U.S. economy in 2023.

A recent survey by big four tax advisory firm KPMG says that 91% of CEOs said they anticipate a recession in the next 12 months — with only one-third believing it will be “mild and short.”

Here is a sample of what CEOs are saying:

“I think you have to expect that there’s more volatility on the horizon now. That doesn’t mean for sure that we have a really difficult economic scenario,” Goldman Sachs CEO David Solomon told CNBC in October. “But on the distribution of outcomes, there’s a good chance that we have a recession in the United States.”

“Everybody likes to forecast recessions, and there will be one,” Citadel’s CEO Ken Griffin told CNBC in late September. “It’s just a question of when, and frankly, how hard. Is it possible at the end of ’23 we have a hard landing? Absolutely.”

“We will no longer be able to avert a recession in Germany,” Deutsche Bank CEO Christian Sewing said in September. “Yet we believe that our economy is resilient enough to cope well with this recession — provided the central banks act quickly and decisively now.”

Hilton CEO Chris Nassetta is more optimistic, saying in mid-October that he believes there’s a “reasonably good chance” the economy will have a “soft-to-bumpy landing.”

Why it matters: The growing chorus of doomsayers is another reminder to professional communicators that 2023 could be difficult. Start taking steps now to batten down the hatches.

The U.S. government is considering national security reviews of some of Tesla CEO Elon Musk’s ventures which involves foreign investors, including his Twitter takeover deal, according to a Bloomberg report.

According to the story, the Committee on Foreign Investment in the U.S. agency could recommend nixing the deal if they find concerns.

Instagram is most downloaded app, but consumers spend most time on TikTok

While Meta had three of the top four apps in the report, its properties weren’t mentioned on a list of 10 apps with the highest consumer spending.

Why it matters: It’s been a tough year for Instagram in its fight with TikTok for user attention, but it still maintains the No. 1 spot in popularity. Remember it’s not time to abandon Instagram or Facebook, even as you deepen your TikTok strategy.

Technology still ranks as the most trusted sector in the U.S. despite concerns over its role in political divisions and online security.

Why it matters: While the report says the public’s trust in technology has declined over the last 10 years, tech still maintains its status as today’s most trusted sector. However, tech leaders need to find more proactive ways of answering concerns about data privacy, cybersecurity, fake news and more.

Instead of just battening down hatches to prepare for possible recession, this could be a good time to step into the PR batter’s box and try to hit a home run for management.

We can counsel our leaders, and let us hope they are not fearless leaders because a little fear can do a lot of good when danger approaches, that the recession forecasters may be right so we should think about (a) who may blame us regarding the recession, and (b) what we can do now to protect ourselves. Also (c) whether this might be a good time to add a PR firm, or add budget for the one we have, because just as countries need national allies, companies and nonprofit organizations need PR allies.

We may be blamed if we are forced by recession to reduce our employment. We can’t keep paying the same as now if we have a lot less revenue than now coming in. Necessary downsizing reduces the income of some until they can be brought back in, but protects the income of those remaining. HR should be ready with fact sheets for the downsized on how to get maximum government benefits. Quietly, management should think now about the possibility of keeping downsized employees on health insurance.

We may be blamed by politicians for not giving better prices to people
suffering from the recession. Instead of saying “we can’t,” we should prepare to show how we care deeply so in many ways we are taking action to help these people. We can make meeting space available for groups, have company execs lecture to school and adult groups, provide what part time employment we can for family members of employees, and do many other things that brainstorming may suggest.

We may be blamed by Washington political leaders who want to increase our company tax burden to help the needy, so we should be ready to show six ways we are already helping the needy and want to continue doing if new tax burdens don’t interfere. And we should donate to campaigns of our hard-working public servants, and have them as paid speakers at company events.

We may be blamed, because people with less assets may blame people with more, so we should be ready to show how we are an asset of our community. We should have lists of good causes, social and religious, we help regularly, and we should judge now whether we can help other good causes at least a little.

Individually we should sign up for PR courses because management tends to hang onto employees who show motivation to keep improving themselves. There’s much more preparation we can do once we recognize that trouble may be coming, and that Chris Pugh is right about battening down the hatches.