In 2020, many organizations pledged to do more to help reduce racial inequality. In 2021, organizations will be expected to make good on their promises.

Gina Judge, senior director of communications for Pepsi, says that the company’s “Dig In” initiative is an example of how corporations can make a positive difference in changing outcomes for disadvantaged communities. To begin, it’s essential to do the homework and learn what challenges and barriers a community might face to understand how your organization can have a meaningful impact.

“We started by learning about the key barriers that Black restaurateurs face,” says Judge. She explains that the challenges could be broken down into three areas:

Pepsi identified that they could make a difference with investments in these key areas.

By leaning on past initiatives, such as sponsoring Black Restaurant Week, Pepsi was able to demonstrate authenticity in a moment of national crisis—as opposed to jumping on the bandwagon. Judge explains that the approach was designed to create a ladder to a final outcome, accepting that issues like racial inequality are long-term problems that require sustained engagement.

“We acted with urgency knowing Black restaurants are being disproportionately affected by the pandemic,” she says. “Those efforts were developed along a parallel path while we also worked to create an umbrella rally call to action that all of our consumer- and operating-facing programs can live under, so it’s seamless for our stakeholders to engage.”

Engaging with the NFL playoffs

The effort is being launched and coordinated throughout the NFL playoffs, showing how Pepsi is taking a different tack when engaging with the biggest sports league in the U.S. The company has declined to air commercials for its soda brand during this year’s Super Bowl, though it is still pushing its halftime show. (Parent company PepsiCo has many ads running during the big game.) It’s a move that has been mirrored by other companies like Budweiser, as major brands try to negotiate both the changing media habits of consumers and the needs to build brand reputation and equity on issues like racial justice.

PepsiCo offers this statement on its Super Bowl investments for 2021:

PepsiCo is going all in on Super Bowl Sunday with six ads, including three in-game spots from PepsiCo Beverages and Frito-Lay, and the Pepsi Super Bowl Halftime Show.

The Pepsi brand’s priority has been (and will continue to be) to promote the most valuable 12 minutes on television – the Pepsi Super Bowl Halftime Show – with a National TVC that aired on broadcast throughout the NFL Playoffs and a new TVC that will air just before kick-off on February 7.

“The NFL playoffs are some of the most-watched sports moments of the year; it made sense to debut our ‘Savor the Sound’ ad spot during this time, and we’ll continue to develop other high visibility ways to rally the public,” says Judge.

When developing a message around issues like DE&I, it’s important to avoid using the language of a social justice movement just to sell its product—a lesson Pepsi learned the hard way with its maligned Kendall Jenner advertisement in 2017. With the “Dig In” initiative, the company hopes to show a meaningful commitment and avoid the pitfalls that doomed earlier efforts.

“It starts with our intentions,” says Judge. “We concentrated first and foremost on how we can support Black-owned businesses. We want our audience to see Pepsi as a brand that demonstrates shared values in striving to create a more vibrant future for our communities.”

It’s that desire to reflect the values of its audience that led Pepsi to try and create something interactive, “an invitation to the general population of restaurant goers to explore the vibrant, delicious menus of Black-owned restaurants.”

It was still giving a voice to the brand without focusing on the brand itself, an important lesson for any brand keen to create a campaign about issues of social injustice or racial equality. “We brought it to life in a fun Pepsi-way, but it wasn’t about our product,” says Judge.

The “Dig In” effort is also an example of how traditional media advertising—like a spot during the NFL playoffs—should be tied to the non-traditional channels with dedicated social media handles.

“Social media is integral,” says Judge. “Through our new Instagram and Facebook communities with @PepsiDigIn, we’re building a community of people who want to support this movement to elevate Black-owned restaurants. This will enable us to tell stories about local restaurants and encourage foodies to discover delicious food and culture in an ongoing, sustainable way.”

How should you identify success with your efforts to complete promises to give back to disadvantaged communities? Hopefully, your statements made last year came with tangible goals to measure against, but if not, it’s always recommended to bring it back to business objectives and benchmarks. For Pepsi, that means hitting the goal of delivering $100 million in sales for Black-owned restaurants over the next five years.

Judge has a few lessons to share with other communicators trying to execute similar campaigns in the coming months that address racial equality in the workplace and the country at large. Here are her four tips for success:

Beautiful! Pepsi recognized problems that most companies might not see, and Pepsi PR brought in success not by being slick but by genuinely helping the restaurants importantly. Pepsi EARNED the benefit that PR brought the company.

Many companies–too many–hire for minority relations management jobs based on color plus maybe a sense that this candidate won’t cause us trouble. But Pepsi has had the admirable good sense to hire based on exceptional ability to see and to do. Really beautiful!

My name is Lisa Thomas and I work with Chef Robert Dorsey who was voted the #1 Business Owner by the Chamber Of Commerce in Oakland. He Sold his Restaurant The BlackBerry Bistro and now does Catering. He has been feature on our local news channel several times and recently for his renowned skills as a Chef. Roberts Mom died of cancer when he was two years old and my mom his Sister & helped raised him. How can Pepsi help Chef Dorsey open another Restaurant? The overhead was expensive although The lines stayed long & he did not have the seating compacity. Chef Dorsey and I are looking for Sponsors to host our event to raise money for Cancer Patients./ Rides to medical appointments, treatments, and wigs/hair restoration How can Pepsi Help with our Mission? Thank you in advance 510-6885619 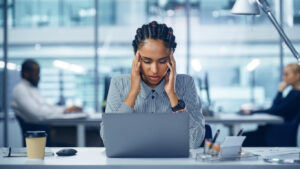 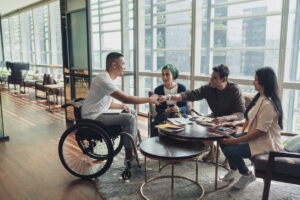 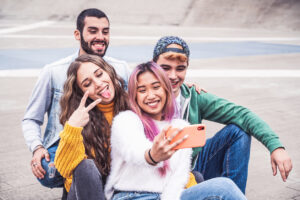 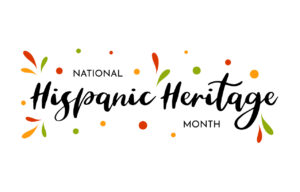 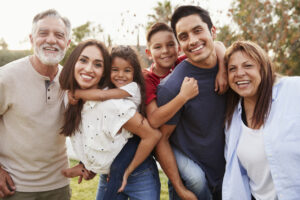