For those of us in the PR industry, the idea of sidelining the media might seem counterproductive. After all, so many of us have built our professional identities around our ability to work effectively with the press, and we take pride in securing media coverage for our companies and clients.

Nonetheless, some major players in the tech and venture capital industries are apparently “breaking up” with the media, ending their once-cozy relationships with reporters and the outlets that employ them. These companies, sensing a growing gap between their interests and those of media outlets, have begun producing their own reporting instead of chasing coverage. Like it or not, PR professionals and journalists might have to learn to adjust to this new trend.

Thankfully, communications people are an adaptive bunch, and we’re no strangers to disruption.

The digital revolution in business, coupled with an explosion of online news sources, presents the PR profession with an opportunity. Companies are now building out and “owning” their own digital media channels, becoming media and content producers in their own right. This gives PR professionals an unprecedented chance to craft stories, controlling the narrative around their clients without having to rely on third parties.

There may, however, be a dark side to this trend. Without oversight from independent journalists, will companies become unaccountable to the public and consumers?

At a recent PRSA Silicon Valley #FridayForum event, PRSA SV Board Member Caroline James moderated a discussion about these topics with tech journalist Eric Newcomer. The discussion was inspired by Newcomer’s January 19, 2021 article “The Unauthorized Story of Andreessen Horowitz.” (Newcomer is a former reporter for Bloomberg and The Information who struck out on his own six months ago with Newcomer.co, a Substack newsletter.)

Silicon Valley exists on the internet

Newcomer, who has been Brooklyn-based for the past two years, embraces the notion that “Silicon Valley exists on the internet,” meaning tech reporters do not need to be physically present in the San Francisco Bay Area, even if the companies they cover are based there. He did live in San Francisco during the early-to-late 2010s, however, and he remembers that era as the “heyday” of the tech industry’s romance with the media. PR people eagerly pursued coverage, and the tech industry was confident it had Silicon Valley journalists on its side.

Less than a decade ago, Newcomer says, reporters and the public had an incredibly positive view of tech companies. Founders, investors, PR people and the media all seemed to be aligned, and the line between journalism and PR could sometimes seem blurry. Newcomer emphasizes, however, that at the time tech seemed to deserve the gushing reporting it often received. Many objective factors (unicorn valuations, large investor funding hauls and impressively credentialed boards) supported the conclusion that tech startups were worthy of the overwhelmingly positive media coverage they received.

In his article, Newcomer portrayed a period when influential PR people, such as Margit Wennmachers, partner at Andreesen Horowitz and former CEO of PR agency Outcast, would court journalists over drinks at The Battery or host intimate dinner parties in her San Francisco home. Since Margit was the media’s connection to important venture capitalists, hot new entrepreneurs and tech founders, journalists coveted invites to her soirees.

However, Newcomer says those days of warmth between the media and the tech industry appear to have cooled. Propelled by an “accountability culture” that began to emerge during the Trump era, embodied by things like the #MeToo movement, as well as by tech scandals like the collapse of Theranos, reporters stopped singing PR’s tune and started scrutinizing the tech industry’s flaws more closely. This more critical trend in coverage provoked strong reactions from PR people, some of whom began stonewalling media outlets.

One way this reaction manifested itself was in companies deciding to produce their own stories rather than relying on journalists. Newcomer gives the example of Andreesen Horowitz in his recent article, which after building a robust internal editorial house and content marketing platform, no longer seems to proactively reach out to the press.

But Newcomer questions whether cutting out the media as an independent voice and truth arbiter is the right way to go for the tech and venture capital industries. He notes that the public is bound to have questions about powerful companies, and without independent reporters on the beat, they might not be able to get straight answers. Additionally, while avoiding close scrutiny from credible journalists might benefit companies in the short-term, in the long-term companies that don’t face tough questions can grow complacent, harming both their own interests and society as a whole.

From Harvard student newspaper to Newcomer.co

Newcomer began paving a career in journalism at Harvard, where he wrote for the student newspaper The Crimson, and later worked as an intern at his hometown paper, The Macon Telegraph. Jessica Lessin, founder and editor of The Information and a Harvard alumna, recruited Newcomer to her publication soon thereafter. As a budding reporter at The Information, he began covering startups and venture capitalists (VCs) in Silicon Valley.

He was inspired by Lessin’s way of thinking about the news. Her style and approach to journalism helped define his own. She helped him understand what matters in journalism and what it means to be an independent reporter in Silicon Valley. He believes in the subscription model, and learned a lot from The Information and Bloomberg experience.

Now that he’s struck out on his own, Newcomer wants to mix his unique “voice” with straightforward reporting. He said the community has been “super welcoming” to him as a Substack reporter. “Silicon Valley is open to upstarts and new ideas,” he says. He currently has about 1,000 paid subscribers and aims to produce one paid post and one free post each week. Newcomer says he likes telling the inside story, commenting that there are a lot of great reporters explaining Silicon Valley to the outside, but he has fun explaining Silicon Valley to itself.

During the session, Newcomer referred to Aaron Zamost’s blog “Why some reporters are harder to work with than others” and also shared this advice for PR professionals:

Email correspondence. Journalists are busy, and it’s not practical for them to respond to every email, Newcomer says. He does try to return emails that he feels are directly tailored to him, as opposed to form emails indiscriminately blasted out to many journalists. Nonetheless, he doesn’t mind receiving emails and he’s happy for companies to keep him in the loop.

Story types. When a series one fundraising announcement (S1) comes out, he looks at the ownership and uses that to determine whether to do a profile on the early investors. If a VC firm is participating in an S1, and their PR people reach out offering to help build out the story, Newcomer is likely to cooperate.

Sector stories. Newcomer does sector stories where he’ll get tips and talk to VCs. Right now, the software as a service (SaaS) sector is hot.

Direct sources and PR. Newcomer maintains relationships with people throughout the companies he covers, but that doesn’t mean he prefers to supersede the PR person. He finds it useful when PR professionals know a lot about what is going on and can give even more color than the subject they’re offering up as a spokesperson. He says there are some PR people, however, that are highly risk averse, and their overly protective approach can deter him from working with them.

The startups he watches. Newcomer will consider where the top VC firms are investing and try to track their startups. He said sometimes this starts with following a particular sector. He says one way for an early-stage startup to draw his attention and get coverage is to have an interesting thesis. While he mainly follows late-stage startups, if someone he knows and trusts flags an early startup as an up-and-coming company, he’s likely to take notice.

Newcomer sums up how PR people can work well with journalists with this advice: “A lot of good relationships start with good stories, and once there’s a good story, there’s trust that there will be others.”

Caroline James is the founder of the boutique public relations consultancy Forever Speaks PR, and a board member of PRSA Silicon Valley.

One Response to “The relationship between tech, venture capital and the media is changing”

Should Facebook and other tech leaders do PR vaccination to protect millions of American lives and their own?

.2. Over 100,000 American lives could be saved over the next ten years by AVOIDANCE measures like using sunscreen and by EARLY DETECTION measures like feeling your neck to see if there’s a lump that doctors could eliminate if caught early.

.3. A FIGHT CANCER information program funded by Facebook is being launched by Memorial Sloan Kettering, the world’s leading cancer research center, supported by $100 million a year from Facebook which aims to save well over 100,000 Americans from painful cancer deaths.

.4. Companies and retailers that help the FIGHT CANCER information program will be awarded diploma-like “We Proudly Serve” certificates that can be displayed to encourage everyone’s participation.

.5. Political leaders from both parties can serve on the FIGHT CANCER Advisory Committee to increase public awareness that many cancers are (a) preventable, (b) detectable early, and (3) defeatable by our public and medical professionals.

Judge whether this PR program might well save over 100,000 American lives over the next ten years, and save Facebook from being attacked by activists and politicians who can do more with less risk by going to attack someone else.

If you do an information program that gets 50 million Americans to feel their necks for a lump–and if they know that even if they find a lump, your company is funding research to help save your life—judge what this does to your company’s safety from unfair attacks by activists. 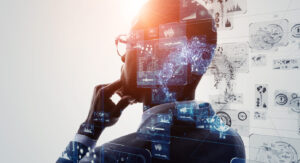 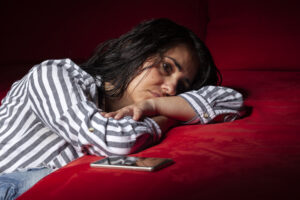 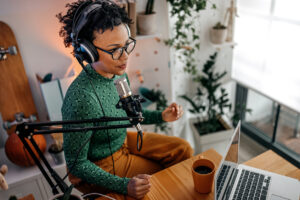 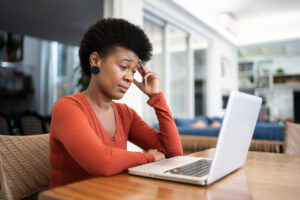 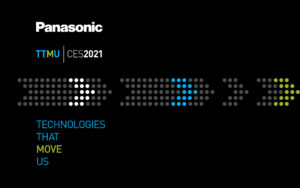