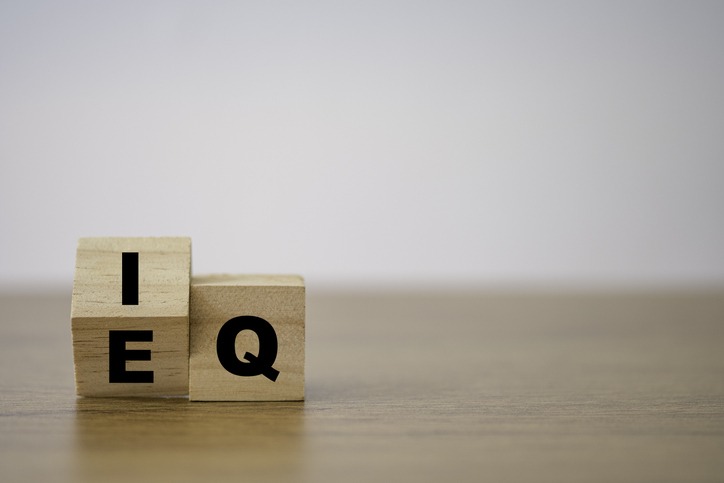 Renowned philosopher Plato once said, “The highest form of knowledge is empathy. For it requires us to suspend our egos and live in another’s world.” In other words, to put ourselves in someone else’s shoes.

This is a very important trait for business leaders to exhibit, but it’s particularly critical during a crisis. And, ironically, this might be the most difficult time for them to do so.

When a crisis strikes, it often puts leadership on the defensive, causing them to think more about the impact bad news will have on their business or even themselves. When you’re trying to put out a fire, it can be tough to think about the other guy. But that’s exactly what leaders must do: Think like a fireman entering a burning building. They aren’t thinking about how the fire might harm them, but of all the innocent people trapped in that building.

Development Dimensions International (DDI), a global leadership consulting firm, determined that empathy is the single most important leadership skill. And, when culture management firm Partners in Leadership asked 300 leaders the question, “What belief do you want held about you after COVID-19 passes?” more than 60% suggested they wanted to be viewed as empathetic.

Here are some ways leaders can exude empathy, even when the chips are down:

Many think that showing vulnerability—especially during a crisis—is a sign of weakness. It’s actually the opposite; being vulnerable shows you care.

Yes, business leaders need to display strength and inspire confidence, but they must also be human, have emotions, and show concern about customers and employees. Who can forget when Arne Sorenson, then CEO of Marriott Hotels, was brought to tears when he informed employees that COVID-19’s impact on the hospitality industry would cause many to lose their jobs? Sorenson (who, sadly, lost his battle with cancer in February 2021) was widely praised for his “sincerity,” “compassion” and “true leadership.” Indeed, in about five minutes he proved that looking out for your company and caring for your employees is not mutually exclusive.

The BP oil spill in 2010, which devastated the Gulf of Mexico, was one of the worst disasters of all time. During an interview at the scene, CEO Tony Hayward said, “There’s no one who wants this thing over more than I do. You know, I’d like my life back.” No doubt, this was probably a very challenging time for Hayward, but instead of spotlighting the inconvenience the catastrophe had caused him, he should have focused on expressing deep regret for the loss of life (human and marine) and the spill’s long-term effect on the environment. Fear can sometimes cause CEOs to selfishly protect their jobs or dwell on how the crisis is impacting their personal well-being. Despite how upturned their lives may get in the thick of a crisis, leaders need to keep their ego in check and remember that it’s never about them.

What you say during a crisis is important, but not as crucial as how you say it. Consider the time Oscar Munoz, former United Airlines CEO, responded to an incident when a passenger was forcibly removed from a flight. Regardless of his earlier missteps, including a defensive written statement, when Munoz had the chance to make good by addressing the incident via a video apology, it looked like he was reading a script that somebody else had written for him.

This raises two important points about your crisis spokesperson: First, make sure they are properly trained to publicly address the issue at hand. Second, recognize that, even with preparation, your CEO may not be the best person to communicate about a crisis.

4. Be honest but reassuring.

When a crisis breaks, people are scared and have many questions. Often, new developments are occurring at a moment’s notice. While difficult to do amidst fast-paced chaos, empathetic leaders find a balance between being transparent about the situation, as dire as it may be, and providing stakeholders with the calm reassurance they need.

For example, when Mark Rutte, prime minister of the Netherlands, addressed his country about COVID-19, he frankly stated, “My message to you this evening is not an easy one to hear,” but ended his speech with, “Together we will get through this difficult period. Take care of each other. I’m counting on you.” Rutte didn’t sugarcoat the situation or make any false promises. Instead, he spoke candidly about the tough road ahead but reassured his citizens by instilling solidarity.

Few things can make someone feel like you genuinely care about them more than by showing empathy, particularly when times are tough. Leaders who express empathy will earn trust, minimize fear, and build unity – helping all to get through the crisis together.

One Response to “4 ways for leaders to embody empathy”

Article on empathy for leaders is right on the mark! Well done!