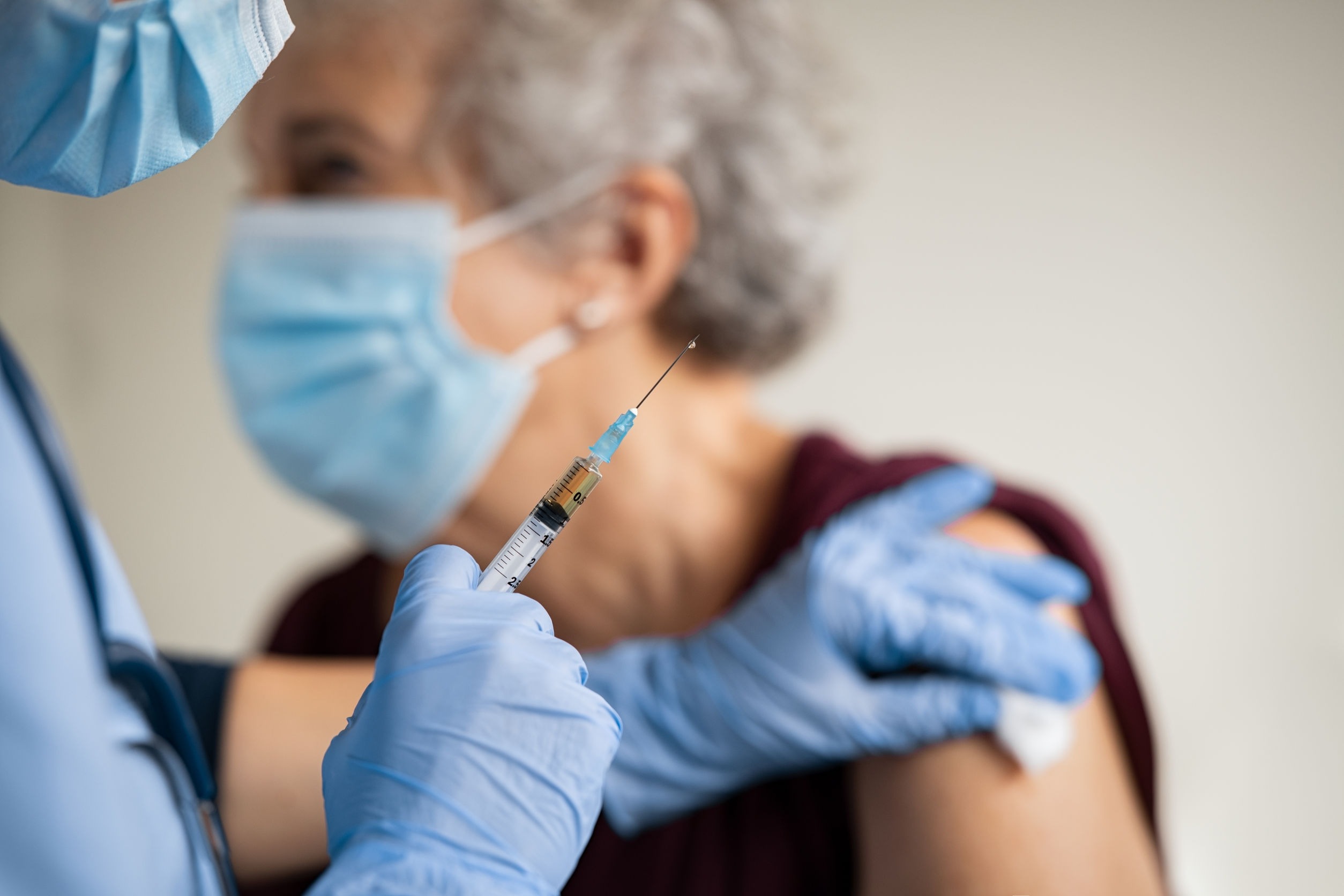 When President Joe Biden set an audacious goal of getting 70% of all U.S. adults at least partially vaccinated by July 4, the country was dramatically ramping up vaccination efforts. Yet, as misinformation and hesitancy have undercut the national vaccination rate, hopes for hitting the president’s goal have faded.

Dr. Ashish Jha, dean of the Brown University School of Public Health, agrees the country isn’t on track to hit the milestone. “So we’ve got to redouble of our efforts,” he told CNN’s Jake Tapper. “States really have to pick up pace. If we just keep going at the status quo I don’t think we’re going to hit that 70% by July 4.”

Brands have been trying to do their part to boost vaccine uptake by offering incentives from free doughnuts to gratis beer and hard seltzer. States have established lottery giveaways, and some have asked if direct cash incentives were a good idea.

Yet, there have been questions about the effectiveness of these efforts. Data from morning Consult shows that awareness campaigns featuring celebrity testimonials have little effect. 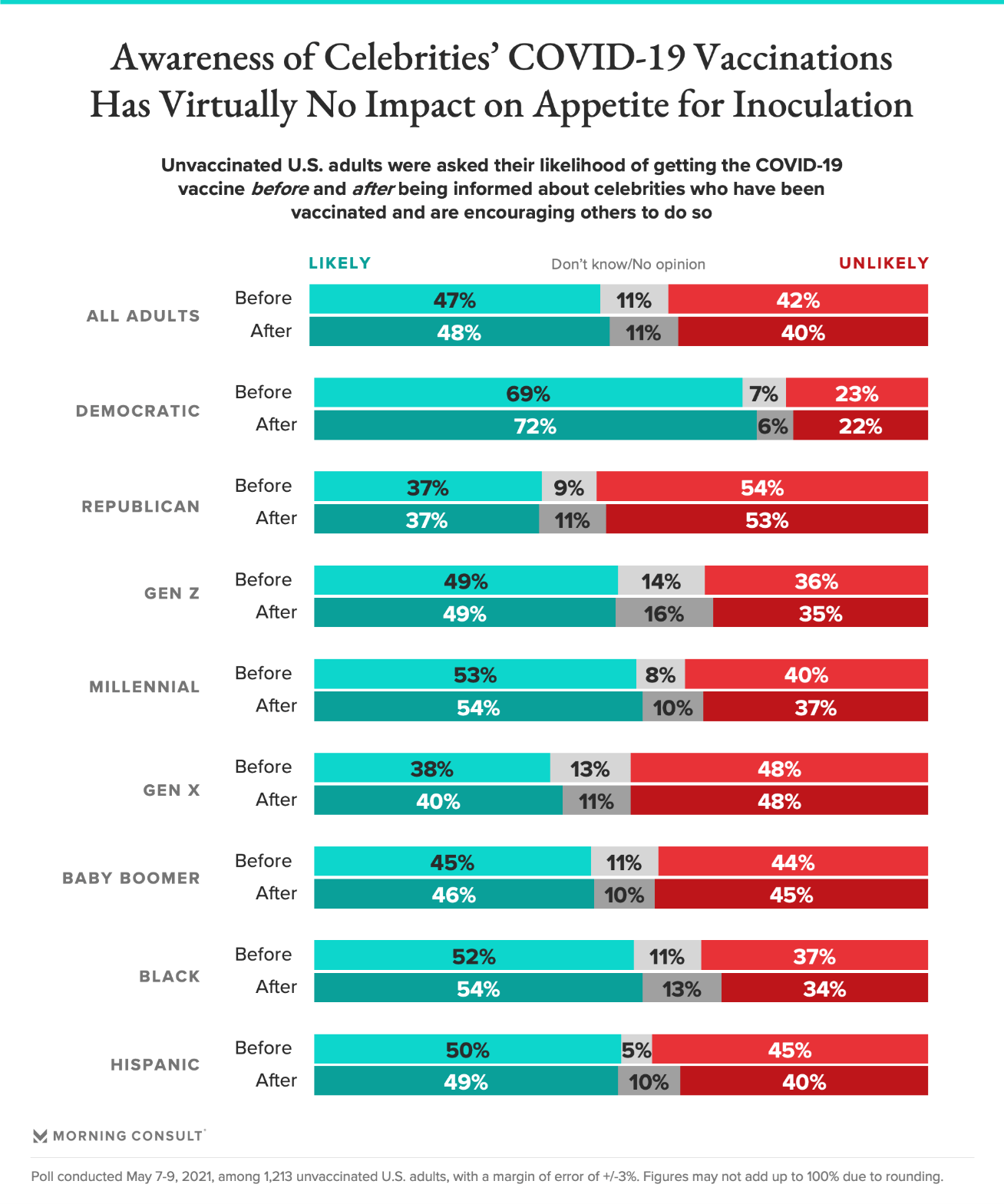 Even where the data supports giving people money to get the vaccine, there are others who raise concerns about such schemes as having unintended consequences.

To help their respective communities, some PR pros are offering expertise and support.

Gov. John Carney of Delaware turned to the state’s PRSA chapter for help in coming up with messages to drive vaccination efforts in the state. The resulting program, Engage DE, hopes to offer a blueprint for how professional communicators can be a resource to government in the next stages of the fight against COVID-19.

Engage DE is a “forum” where PR pros can offer their insights with government leaders, helping to tweak messages or suggest new strategies in the vital effort to increase vaccination rates across the state.

“Everyone in Delaware knows that our state has a wealth of insightful, helpful, and civic-minded individuals and organizations,” Gov. Carney said in a statement. “I am confident that as more of these forums are held, we will see innovative and practical concepts introduced to state government and that will lead to a more effective and efficient state.”

“The biggest challenge we have right now is the younger set, the, the ones who have stalled on going forward and getting vaccinated and that’s who the office is trying to reach right now,” says Laurie Bick Jensen, president of the Delaware Chapter of PRSA.

“The question is where do we go with it and how do we do it? So we’ve been putting our heads together for that messaging specifically, and it keeps getting better.”

Participation in the forum has been high, with almost everyone on a list of 100 people the governor’s office invited attending the Zoom meeting to discuss messaging and representation.

“Everybody wants to work on messaging. Everybody wants to be represented, which is really kind of interesting and cool at the same time,” Jensen says. It’s a collaboration between PR leaders and community members that allows for a broad range of ideas to be discussed to meet the challenges of tackling the diverse populations of the state of Delaware.

“We’ve got all these community leaders, people who are working with a very strong Creole population here…we have a very strong Latinx population… and they’re all coming with fantastic ideas,” says Jensen. The team is brainstorming how to reach migrant workers who work on farms in the southern part of the state, how to reach farmers who employ these workers and deliver bilingual messages.

For PR pros looking to start similar programs in their states, Jensen recommends relying on personal relationships with government officials. “First thing would be use your network to reach those people find out if there’s anyone within your organization, through that one degree of separation idea might know someone who is affiliated and doing outreach in a very personal way,” she says.

She also recommends making contact through government communications offices. “That’s what they’re there for, frankly,” she says.

Other communicators are looking to reach young audiences with vaccine messages through video. VCU Health has created a campaign that hopes to drive vaccination rates in the state of Virginia.

The campaign highlights the personal experiences of prominent local Virginians to drive home the message that COVID-19 is a serious risk and vaccination is key to fighting the global pandemic. It features the VCU men’s basketball head coach, various sports and music influencers, students, health workers, respected clergy and community members.

Posted in traditional print, television and outdoor media as well as a focused digital and social media effort, the campaign is intended to increase vaccinations in Richmond, particularly among groups with lower vaccination rates: young people, Black and Hispanic populations and small-town, rural Virginians.

Another tactic being used to tackle the vaccination rate problem is influencer marketing, with a particular focus on nano- and micro-influencers with key relationships in hard-to-reach communities.

XOMAD has partnered with the City of San José to launch a pilot program that identifies influencers with 1,000-100,000 followers to connect them with city officials to broadcast public health information about vaccines.

“The City is leveraging these trusted messengers’ authentic relationships—specifically with members of the Vietnamese, Latinx and Black communities—to disseminate crucial information about the benefits of getting vaccinated and how to schedule shots by using their own unique voices and stories on social media,” XOMAD shared in a press release.

XOMAD’s Advisory Council tool—which powers the influencer outreach for the city—is another example of PR pros looking to revamp the engagement strategy for government to drive public health performance.

“As we’ve seen in a variety of other cases, XOMAD’s Council is the ultimate democratic tool and platform where government officials and citizens may re-envision civic engagement in the digitally-connected age,” says Rob Perry, XOMAD founder and CEO. “Officials can connect directly with influential citizens, who then create calls to action to help their communities, including for younger audiences to help older relatives who can’t be otherwise reached digitally.”

There is no magic bullet for solving vaccine hesitancy and fighting misinformation. Instead, it will likely take a combination of many efforts, the rising tide that lifts all ships, and will be a collaboration between many independent groups searching for answers in their corner of the country.

Like the story about completing a long journey, the answer to solving the U.S. vaccine riddle is to do it one step at a time.