Viewership for the 2022 Winter Olympics could fall below the low-water mark set by Tokyo’s summer games last year.

The events are once again being held without spectators and broadcaster NBC has openly shared the headaches it faces in bringing the quadrennial event to American audiences. As we previously reported on PR Daily:

NBC executives, producers and past anchors spoke to The New York Times about its strategy for broadcasting the 2022 Winter Games in Beijing, China. The network faces mounting challenges including broadcasting a spectator-free event, working with anchors broadcasting remotely from the US, dealing with athletes testing positive for COVID-19 and pressure to address rising tensions around China’s record of human rights abuses.

This past December, President Biden announced a diplomatic boycott and said that no government officials from the U.S. would attend the games.

And for American audiences, China’s record on human rights is creating friction with their ability to enjoy the sports event. According to data from Morning Consult, more Americans support brand sponsors pulling out of the games than continuing to support the event. 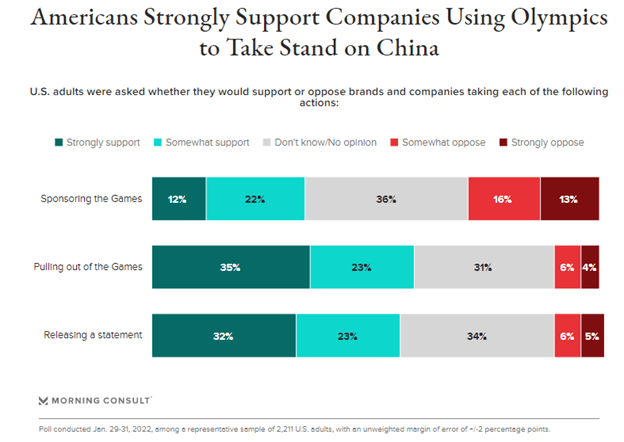 To counteract the negative sentiment around the games, broadcasters and event organizers stress how brand sponsors connect to athletes.

“They rely on the generosity of corporate America and some individuals to help them realize these dreams,” [NBC president of advertising sales and partnerhips for the Olympics Dan Lovinger] said. “So, when our advertisers decide to sit these Games out, it really hurts the athletes, because now they have to go compete with the Chinese and the Russians and athletes from other countries that already receive massive state funding.”

He also cited survey data stating that 80 percent of Americans “associate the advertisers with the athlete’s success.”

To connect with athlete success, advertisers like Toyota are heavily featuring the athletes themselves in their advertising content.

“Robin and Brian’s story reminds us that with strength, determination and the freedom to move, you can accomplish anything,” shares Lisa Materazzo, group vice president, Toyota Marketing, Toyota Motor North America. “Toyota’s support of the Olympic and Paralympic Movement gives us the honor of highlighting our amazing Team Toyota athletes that achieve the impossible every day.”

Complicating the issue for brand managers is the way athletes and the place they occupy in society has changed. It was athletes who started a global conversation around mental health, led by Olympian gymnast Simone Biles.

When Biles dropped out of the team competition in Tokyo, audiences began to question how the Olympics is covered and presented and what these top athletes owe audiences in terms of availability and perfection. Already, the lessons of Tokyo are showing up in coverage of the Beijing games as criticism of star downhill skier Michaela Shiffrin’s poor performance so far has led to anger online in how she is covered.

The media has hounded Mikaela Shiffrin about her anxiety, the death of her father, and about the pressure on her. And now they act shocked that she’s human. #Olympics

NBC learned absolutely nothing from Simone Biles and now they are doing the SAME thing to Mikaela Shiffrin and it’s infuriating.

NBC keeping a camera on mikaela shiffrin sitting depressed in a snowbank and continually talking about what a disaster this is for her is one of the meanest things i've ever seen on TV. #olympics

For brands and the people who manage them, it’s a reminder that Olympic stars—just like any other influencer or celebrity spokesperson—are still human. Despite the superhuman feats of athleticism they execute during the Olympic games, they have flaws and can come up short.

For brand partners, it’s essential to embrace the full person, not just the illusory mirage of gold-medal success. If you plan to use a someone’s story to shill your product, be prepared to stand by them when things don’t work out.

Could a brand use its Olympics platform to offer a bit of support to Shiffrin? It would certainly make some headlines.

How are you thinking about tell stories about the 2022 Beijing Games, PR Daily readers? 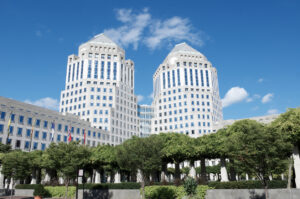 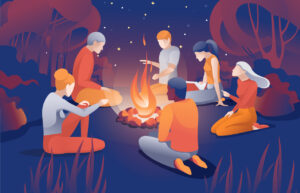 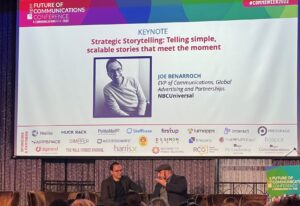 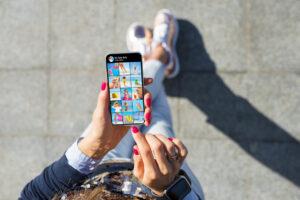 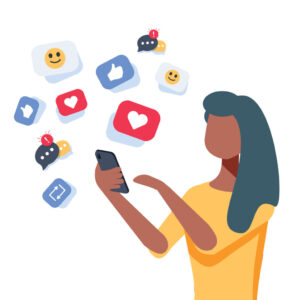