Have you been threatened or suffered injury after you didn’t complete your foreign language lessons on time? Has Duolingo hurt you?

Luckily for you, me and anyone else who shakes in their boots at the sight of the Duolingo owl, there’s now a path to financial compensation for the emotional damage caused by those aggressive notifications:

Duolingo’s activation is an example of a harmless, victimless prank that will surely get the brand some extra attention on social media today.

Facebook and its parent company, Meta, are in hot water once again this week. Reports from The New York Times, Washington Post and The Verge show a range of issues and inconsistencies with the platform’s content moderation systems:

Meta’s head of safety, Antigone Davis, confirmed Meta’s policy on images where a subjects age is in question in an interview with the Times, saying it “stemmed from privacy concerns for those who post sexual imagery of adults.”

Meta spokesperson Joe Osborne confirmed Facebook’s News Feed failure to The Verge, asserting that the issue “’has not had any meaningful, long-term impact on our metrics’ and didn’t apply to content that met its system’s threshold for deletion.”

And Meta spokesperson Andy Stone defended the TikTok smear campaign, telling the Post, “We believe all platforms, including TikTok, should face a level of scrutiny consistent with their growing success.”

Why it matters: The social media giant’s reputation continues to be threatened by these revelations and news items, and its struggling share price reflects stakeholders’ concerns. However, there could be a strategy to bunching bad news into one poor news cycle. With the speed at which media outlets often go to the next story, Meta’s painful week could quickly become a distant memory amid the cacophony of today’s global news. 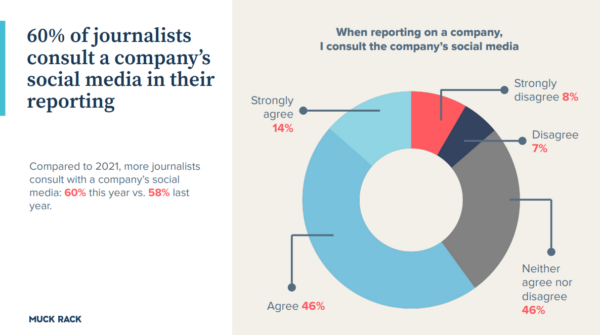 The survey of more than 2,500 journalists found that 60% of reporters consult a company’s social media in their reporting, an increase of two percentage points year over year.

Additionally, the poll found that journalists plan to spend more time on Twitter, LinkedIn and YouTube in 2022.

It’s a good reminder to PR pros that your social media presence isn’t just about appealing to your customers and clients. It’s a crucial part of your media relations strategy as well.

Read more from The State of Journalism 2022 report from Muck Rack.

The company behind Skippy Peanut Butter is voluntarily recalling nearly 10,000 cases of product due to the possibility of small fragments of stainless steel mixed in with the peanut butter.

Skippy Foods announced the recall on its social media pages:

Skippy Foods is voluntarily recalling a small quantity of SKIPPY® Reduced Fat Peanut Butter Spread and SKIPPY® Creamy Peanut Butter Spread Blended With Plant Protein. No other varieties are impacted. To see if your product is part of the recall visit https://t.co/efxmN5Vasc pic.twitter.com/bJqgXYcVVk

The company’s recall press release includes a variety of clear images of which labels and numbers to look for when trying to determine if your peanut butter is part of the recalled batch. 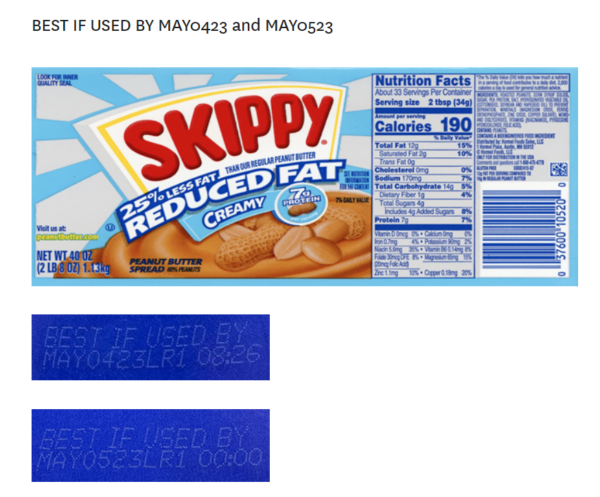 What it means: An picture is worth a thousand words, and in your crisis response, it could be worth even more. The recall press release offers added value with the images of exactly what to look for on the jars themselves.

It addresses concerns for people who don’t know where they should be looking for batch information — and offers an educational tool for media outlets looking to help readers protect themselves.