Instagram users are not happy about the app’s latest update.

For some people, the app has changed to “dark mode,” while photos and videos now take up the entire screen, à la TikTok.

Twitter users took to the app to complain about the changes:

It’s not uncommon for people to initially dislike changes to the apps they use and love, but it remains to be seen whether Instagram will take this overwhelming amount of negative feedback into account for its next update.

Clothing retailer H&M has removed the environmental scorecards from its online listings after a report from Quartz found that the scorecards were “misleading” and “outright deceptive.”

More than half of the scorecards on H&M’s website claimed that a piece of clothing was better for the environment when, in fact, it was no more sustainable than comparable garments made by the company and its competitors. In the most egregious cases, H&M showed data that were the exact opposite of reality.

Shortly after Quartz shared its findings with H&M, Nonprofit The Sustainable Apparel Coalition, of which H&M is a member, announced that it would remove the scorecards from its members’ websites and conduct a third-party review of the methodology (The Higg Index) used to produce the scores.

…in many cases, H&M displayed data that gave a totally wrong picture of a garment’s impact on the environment. Those errors came about because the retailer’s website ignored negative signs in Higg Index scores. For instance, a dress with a water-use score of -20%—as in, it uses 20% more water than average—was listed on H&M’s website as using 20% less. 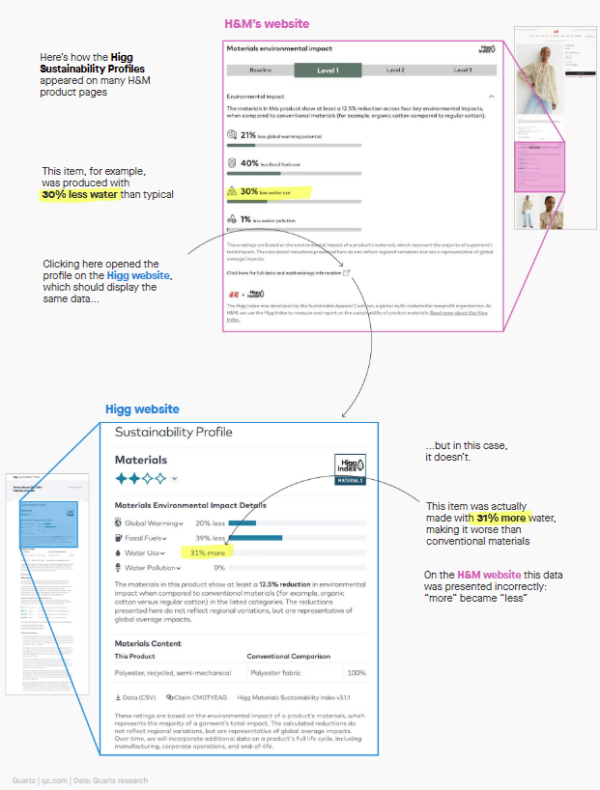 “We came across a couple of technical issues that we are looking into,” H&M told Quartz in a statement. “We want to be able to share understandable sustainability performance data on a product level and we want this data to be industry standardized.”

Why it matters: H&M’s response to the allegations is damning — by immediately taking down the scorecards, the company sends a message that it is culpable. The retailer didn’t stand behind its scorecards, giving a statement that instead extolls the goals of the process without explaining what happened.

New research from Zipline reveals the reasons why young people are getting into the metaverse. 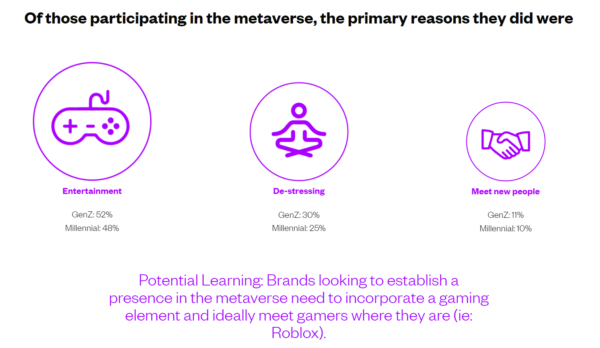 Just 11% and 10% of Gen Z and millennials say they use the metaverse to meet new people.

“Brands looking to establish a presence in the metaverse need to incorporate a gaming element and ideally meet gamers where they are (ie: Roblox),” Zipline notes.

Curious? Here’s more information about the PR potential of the metaverse.

Shake Shack, the maker of infamously thin burgers and delectable crinkle fries, is facing backlash from customers who want the chain to drop their bun supplier, Martin’s Potato Rolls, because of the bread company’s donations.

Martin’s has been catching heat after it was revealed that its owners made sizable donations to far-right Republican Christian nationalist politician Doug Mastriano. As Insider reports, the Pennsylvania state senator was subpoenaed by the congressional committee investigating the January 6 insurrection at the US Capitol for allegedly using campaign money to charter buses to Washington, D.C. that day. 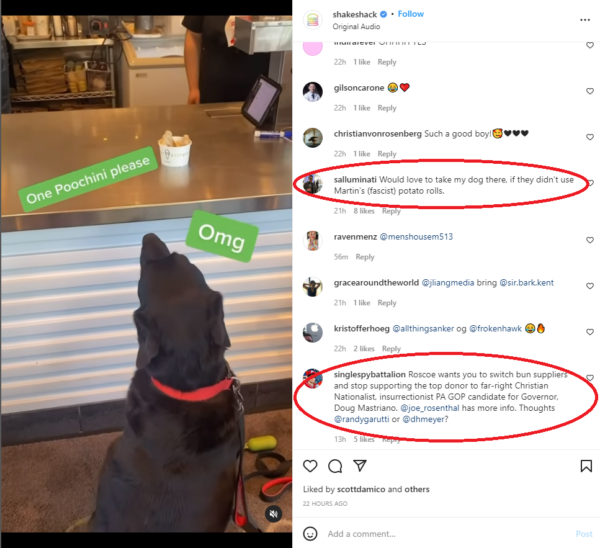 just a reminder that @shakeshack supports the candidate who is determined to make #abortion illegal in the Commonwealth of PA. #boycott #shakeshack @potatorolls

Why it matters: This is a good reminder to PR pros that you should scrutinize your company’s donation plans before they’re made — or be prepared for backlash once the recipients are made public. And that goes for your business partners’ donations as well. Consider verifying who or what other companies are donating to before signing on the dotted line to create a partnership if you want to avoid being part of a political frenzy.