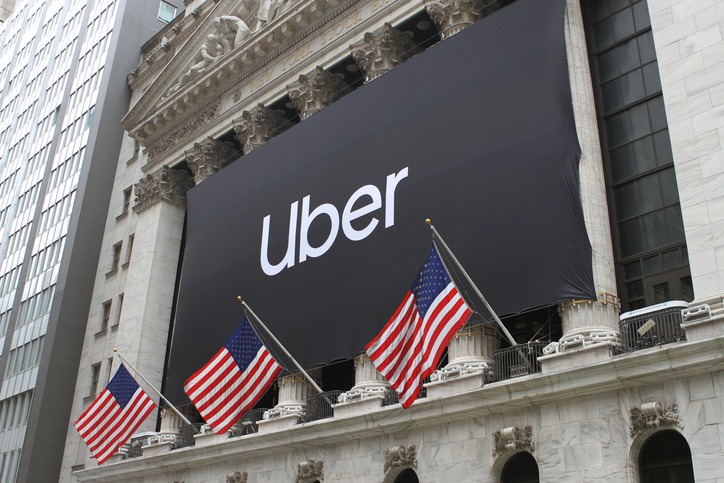 This leadership moment came courtesy of someone I’ve never met, but sure wish I could have worked for.

The lesson is about the role of humility—perhaps the most underrated aspect of contemporary leadership. It came via Dara Khosrowshahi’s farewell memo to Expedia employees, announcing that he was leaving the company after serving as CEO for 12 years to take the top job at Uber.

His remarkable message said, in part:

“I have to tell you I am scared. I’ve been here at Expedia for so long that I’ve forgotten what life is like outside this place. But the times of greatest learning for me have been when I’ve been through big changes, or taken on new roles—you have to move out of your comfort zone and develop muscles that you didn’t know you had.”

One commentator referred to that first sentence as, “eight words that never before escaped the lips of any CEO.” Fear, uncertainty and trepidation—otherwise known as being human—just aren’t featured in the persona of leaders in any sector of our society.

It’s a gap worth considering, as Dara Khosrowshahi has.

No doubt he had plenty of reason for apprehension about taking over at Uber, which had been shocked and divided two months prior when a range of issues compelled stockholders to force out co-founder and CEO Travis Kalanick.

But that’s not really what Khosrowshahi was talking about.

Instead, he simply expressed the same kind of vulnerability and fear of change that the rest of us might experience when leaving a familiar situation for the unknowns that come along with something entirely new.

It was honest, and carefully considered.

I’d imagine that specific excerpt was written more for the workforce he was joining than the one he was leaving.

When a leader is willing to communicate this way, what’s revealed? In Khosrowshahi’s case:

And then, what’s the effect, especially on a workforce that’s been whip-sawed by the rumors and intrigue of the CEO search and had to be more than mildly curious about the future of Uber without its iconic former leader?

Eight unusual words and what surrounds them earn the most that can be expected from a single memo: a positive first impression. Genuine humility in leadership conveys at least two automatic advantages:

First, it’s admirable. It appeals to our desire to be led by people we perceive as sincerely interested in something other than themselves. It signals that, regardless of their achievements or acclaim, this individual lives with the actual belief that they do not hold a status in the organization or in society that places them above other humans.

Second, it opens a back-door path to the truest kind of power—the kind people convey when they decide to follow. The beauty is that living with genuine humility means you’ve got the goods. You aren’t pretending. The work speaks for itself.

And just as it is far better to find humility before it finds you, it’s infinitely more powerful when people discover how accomplished you are—without hearing it from you.

Mark Harris is the global communications advisor at Xero and a member of The Plank Center’s board or advisors.

2 Responses to “The value of humility is vastly underrated”

It may have been close to impossible for Betsy Ann Plank, for whom the Plank Center is named, to feel humility. She was like the Simone Biles of public relations, better than almost everybody at almost everything.

She was one of Dan Edelman’s early PR superstars and she rose to the top making Exec VP. Her hours were hugely valuable and hard for even major accounts to buy, yet she spent time generously and free to help kids with their careers and fears and resumes.

Could she possibly have had humility? I wouldn’t bet on it. Perhaps one needs arrogance more than humility to be a surgeon who cuts human beings open to save them, and a PR executive who cuts to the core of what’s really true to save clients like AT&T. Betsy Ann Plank did that.

Dan Edelman began his PR firm with the “which twin has the Toni” account. His firm was one of the three top PR firms in Chicago and rose to #1 partly by being the winner of this question: “which PR triplet has Betsy Ann Plank.”

While I certainly agree that Betsy Ann Plank was better than almost everyone at almost everything she did, I disagree that she was arrogant. Betsy did not take credit for the things she accomplished but was quick to give credit to others. She prided herself on working hard and doing the best she could, always. And she expected others to do the same. But no one who knew her well would say she was arrogant. Confident, yes. Humble? Many would say yes, but we could debate that.