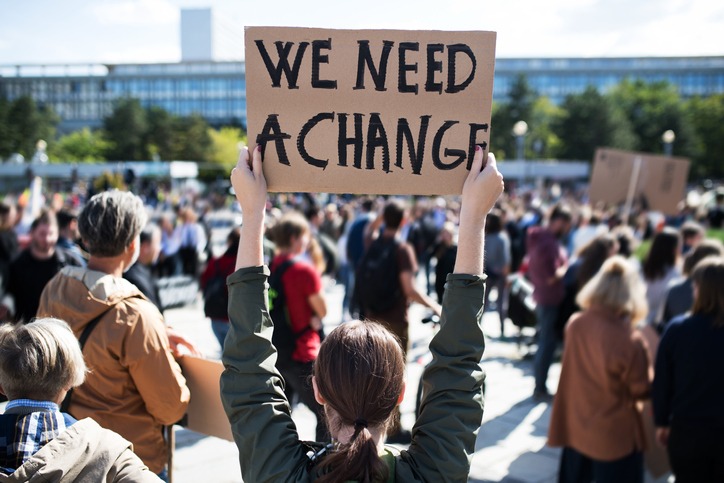 As a corporate communicator or marketer, if you’re looking to connect your brand to the hearts and minds of the 65 million Americans considered to be part of Gen Z, it’s time to take action. Literally.

Recent research our CBX agency conducted in partnership with sister agencies Lonsdale Paris and Cowan Shanghai reveals that a whopping 80% of Gen Z respondents think that corporations and consumer brands have a role to play in making the world a better place. Notably, Gen Z feels—symbolically on their backs and literally in their wallets—the burden of social ills and environmental problems that they perceive resulting from the blunders of their parents’ generation. One study respondent told us, “We deal with the consequences of earlier generations, so we see things differently.”

Furthermore, Gen Z has come of age in a time of instant gratification and endless information at the touch of their fingertips. If communications and marketing professionals fail to meet the ethical and social standards of these young consumers, they’ll instantly take their business elsewhere.

According to a BBMG study 85% of respondents under the age of 30 stated that they’re interested in sharing their “ideas and experiences with companies to help them develop better solutions to social and economic problems.” Combined with our finding that Gen Z looks to corporations to affect change, it becomes apparent that we must find ways to enable these young consumers to contribute to your company’s success and affect change.

Unilever has taken this idea to heart. That global corporation worked with Loop Industries, a technology company dedicated to accelerating the world’s shift away from fossil fuels toward sustainable plastics. Together, Unilever and Loop engaged consumers to develop durable, ever-refillable cases for Dove deodorant as part of its pledge to cut new-plastic use in half by 2025. Unilever then worked with under-represented populations, including people with disabilities, to develop new products such as Degree Inclusive.

Quick to spot fake news, Gen Z looks for authenticity and won’t accept anything less. Take Victoria’s Secret, for example. In recent months, the brand launched an attempt to fix its ethical shortcomings of years past. In a shot at female empowerment, they swapped the once-iconic Angels for the VS Collective—a team of female athletes, activists and inspirations—women famous for their achievements and not their bodies.

However, when consumers took into account Victoria Secret’s egregious past—one full of transphobia and perpetuating body dysmorphia—you end up with headlines attacking the re-brand as “damning,” “too little, too late,” and “dead on arrival.”

Where did Victoria Secret go wrong? Not only did it act in a responsive—rather than proactive— mode to a cultural shift of body inclusivity, it failed to own up to the antagonist role it played to this movement in the past. While the rebrand is appreciated by some, it’s considered performative by consumers who have a long-term memory or access to the internet.

To get Gen Z on board with your company, start by adopting a bold corporate voice that directly states your company’s intentions on making the world a better place. You might be tempted to hold off being so publicly forthright until you have every nuance of your campaign mapped out and all executive approvals in place. Beware that if you fall into that trap, you’ll be left in your more assertive competitors’ dust.

Instead, once you’ve identified your cause, take small, progressive steps that illustrate your commitment and direction. For example, leverage clean visuals and bold, declarative type, which appeals to young consumers, in all your communication touchpoints. Use succinct copy to ensure that even your smallest touchpoint carries your reason-for-being in a big way.

Know, too, that you don’t have to march in protests or accompany activists to the far North Atlantic to stop illegal fishing practices. You can affect change within your own wheelhouse, as Tommy Hilfiger did. Driven by its desire to provide people with the clothing they need to do the things they need to do—going to a job interview or out on a great date—Tommy Hilfiger adopted an inclusive fashion philosophy. From size variations and clothing designed specifically for consumers with physical disabilities to a line of non-binary apparel, Tommy Hilfiger is activating its belief of helping people help themselves. The brand might not be changing the world, but it is changing individual consumers’ worlds. Now it’s your brand’s turn.

Jaime Klein Daley is vice president of strategy at the brand design agency CBX, based in New York and Minneapolis.

One Response to “Want to capture the hearts of Gen Z? Have the courage to take a stand”

Yes have the courage to take a stand but be careful what you stand for and who you stand next to because if you don’t love what they may love, you may get tainted by the odor of their ardor.

If “it was them not us” so the managers were guilty, not Unilever, should Unilver say so and send some free ice cream to the Jews with an apology? Before taking a stand it can pay to sit down and think with whom you want to stand.