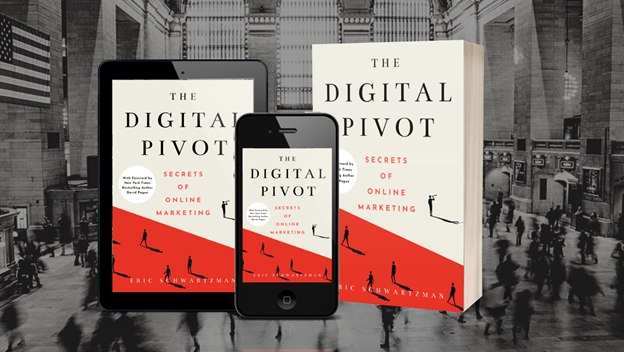 [Editor’s note: This post is an excerpt from The Digital Pivot: Secrets of Online Marketing.]

Sarah Evans is highly skilled at the use of social and digital media to generate earned media coverage for her clients, who include PayPal, Cox Communications, MGM International, and Walmart. She’s a digital PR strategist who knows how to leverage online tools to see what makes news on any given day—and she’s one of the best.

Her Twitter lists alone are proof of her ability to use technology in service of media relations. She uses them to monitor what journalists in different categories are interested in by checking their tweets. Based on what’s trending, she writes an informal, weekly email with a list of story ideas pegged to the news trends of the day. By sending a collection of pitches, rather than a single story idea, she gets more attention because her pitches have more potential.

When I first started at Rogers & Cowan, the largest entertainment public relations firm in the world, I was in a meeting with the late Julie Nathanson, an executive and publicist whose clients included Naomi Campbell, Raquel Welch and Terry Bradshaw among others.

We were putting together press materials for a new client before the internet was mainstream. At the time, we were still stuffing press releases, bios, fact sheets and backgrounders into dual pocket presentation folders and snail mailing them out to reporters. I suggested we print up a beautiful custom press kit folder with the client’s name on it and do a mass mailing. Julie took a post-it note, wrote the client’s name on it, stuck it on a blank folder and said, “Here, send this.” She wanted the client to look undiscovered.

In journalism, a scoop is the first report of a story of exceptional importance. Scoops are what motivate reporters because they propel their careers to new heights. A scoop is a reporter’s diamond in the rough. It’s what they’re always looking for. So, the more exclusive a story is, the more desirable it is.

Evans understands the law of exclusivity and incorporates it into her media outreach. She never blasts her story emails to her entire list. Instead, she customizes each email for each recipient, one-by-one. She starts with different templates for print, TV and digital news media outlets, since TV reporters are more interested in the visuals and news publishers want more background information.

By personalizing the template, she’s letting the recipient know that the email they’re getting was written for them, not blasted out to every one of their competitors. In terms of format, she keeps it short and sweet. Here’s how she structures her story email pitches:

But if you’re pitching an unknown client, the other thing to consider is whether or not they’re ready for media coverage. In the old days, that just meant media training. But today, that means preparing clients to clear the zero moment of truth.

When you think about it, digital outreach is a sequential process. While earned media has the greatest potential to drive growth, the table must never be set too quickly. First, your owned media presence (website) must be in order. Then, you need to be able to demonstrate at least some degree of social media engagement to prove you’re legit.

Your website and social media followings need to be ready to withstand the scrutiny of the news media before you start pitching for earned media coverage. Unless you’re a name brand already, reporters qualify you for coverage based on your website and social presence. If you have a relatively strong owned media presence and enough followers to prove you’re not a ghost, but little to no media coverage, you’re a potential diamond in the rough.

If you get a journalist on the phone and pitch them a story, the first thing they’re going to do is check the company out online. In that case, both the usability and the content on your website impact their perception. If there’s a disconnect between what you’re pitching and what they see, your credibility is at stake.

It’s labor intensive and risky for journalists to cover stories that can’t be easily authenticated. If they can’t substantiate your story to their editor or audience, they’d be risking their reputation if they cover your story. If it’s difficult for a reporter to qualify you quickly as a candidate for news media coverage online, they’ll move on because they have to balance the amount of time they invest in each story against their output. Stories that are too complex to cover adequately in 700 to 900 words are considered too thick and often don’t get covered at all.

PR professionals aren’t magicians. They still have to deliver a newsworthy, credible pitch. So before you start hunting for earned media coverage, make sure you’re owned and social media presence is in order first.

Eric Schwartzman is a digital marketing consultant and author of The Digital Pivot: Secrets of Online Marketing, available in hardcover, audiobook, and ebook formats about how to pivot your business and career online.