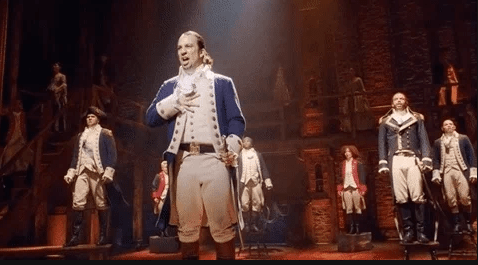 As many stayed indoors over the Fourth of July weekend, Disney+ took center stage with its debut of “Hamilton.”

The streaming service paid $75 million for the worldwide film rights to Lin-Manuel Miranda’s Tony Award-winning musical—a price that seemingly paid off with the spike of traffic and downloads.

The movie premiered on the Disney Plus streaming service on Friday, July 3. From Friday through Sunday, the Disney Plus app was downloaded 752,451 times globally, including 458,796 times in the U.S., according to analytics firm Apptopia.

That means that in the U.S., the total Disney Plus downloads were 74% higher than the average of the four weekends in June 2020 over comparable time periods (Friday through Sunday), per Apptopia data. Worldwide, app downloads were 46.6% higher this past weekend than the average of the four prior Friday-Sunday totals. (The global numbers do not include India or Japan, as the Disney Plus service is delivered through preexisting apps in those countries.)

Aside from the film version of “Hamilton” bolstering Disney’s streaming platform and pleasing fans, it also can offer astute advice for PR pros. Consider the following:

Hamilton repeats this phrase throughout the musical (and in the end, dies at the hands of Aaron Burr when he literally throws away his shot by firing his pistol into the air). It’s what drives him to write, fight for justice, defend his clients and build the nation to match his vision.

For PR pros, this phrase has many applications. There’s only a small window to jump on a social media trend or be the first to the table with a clever phrase that stands out online. Often, you have one chance to successfully pitch your story in a way that piques reporters’ curiosity.

Not throwing away your shot means taking some calculated risks, combined with creative problem solving and careful preparation. When it’s time, don’t hesitate.

Hamilton poses this question a few times during the musical as he struggles to understand why Burr constantly plays it safe and doesn’t take a stand on political and social issues.

As more consumers push for organizations to stand up for social justice initiatives and support racial equality, this question has never been more relevant for brand managers and communications leaders across industries. Gone are the days when you could sit out of polarizing conversations, so as not to cause controversy. Instead, consumers and employees are expecting you to support movements such as Black Lives Matter through words and actions.

Make sure you put your money where your mouth is by donating to organizations that support the causes you highlight, and outline a plan with specific goals, such as increasing your workforce’s diversity to attain a measurable benchmark.

3. “Have you read this? You ever see somebody ruin their own life?”

After Burr, James Madison and Thomas Jefferson approach Hamilton with evidence suggesting that he embezzled funds, Hamilton publishes “The Reynolds Pamphlet,” which outlines his torrid affair with Maria Reynolds, an indiscretion that Reynolds’ husband James then used to extort Hamilton for money. Jefferson’s response is a shocked and amused declaration: “Well, he’s never going to be president now.”

If members of your organization have messed up, whether they’re employees who have overstepped or an executive who is trying to cover up misconduct, persuade them to get ahead of the narrative. This involves coming clean and being transparent with the crisis, along with taking responsibility for the fallout and outlining reparations or ways it won’t happen again.

You can get in front of potential pitfalls as well by conducting regular media training, social media training and crisis response drills. These exercises can help you impart crucial information and instill best practices with your clients and employees—and lower the chances of unforeseen backlashes.

4. “I’m erasing myself from the narrative.”

Following publication of “The Reynolds Pamphlet,” Eliza Schuyler Hamilton burns the letters between her and her husband, declaring that outsiders are not entitled to witness her reaction.

However, the phrase can serve as a helpful reminder for PR pros. It’s not all about you and your organization or client. Repeat this to yourself as necessary when writing press releases, crafting pitches, compiling social media messages or drafting scripts for upcoming video content.

When you focus on the bigger story—whether it’s a trend, current event, crisis or initiative—you increase your chances of landing media coverage and resonating with your online community as well as your employees. You don’t have to shout from a megaphone about your products and services. Instead, thoughtfully consider compelling stories and what you have to offer in terms of quotes, angles, expert opinions, data and more.

PR pros can sympathize with Burr’s outburst in Act Two.

For communicators, it’s all about getting a seat at the strategy and decision-making table. To ensure your place, focus on being a business professional who can expertly communicate, instead of a communicator with some business knowledge.

You can prove this to executives through data and analytics that uncover audience insights and show the effectiveness of your efforts. You can also strengthen your presence by forging cross-departmental relationships. Consider how you can partner with a digital content or marketing team to repurpose video footage across campaigns, or offer your crisis response expertise to internally focused counterparts.

Angelica Schuyler sings this as she recounts her first meeting with Hamilton, when she introduces him to her sister Eliza—and her regret over what might have been. Like Hamilton, she knows she will never be satisfied with the status quo, because there is so much work to be done.

Whether it’s creating visually striking content and honing your storytelling skills, or constantly striving for new goals and a higher bar, become a communicator whose sight is focused on the horizon.

That doesn’t mean you shouldn’t celebrate your wins. Applaud your victories and use them as inspiration to set data-driven goals that make you and your team stretch, without being so lofty that you stop being accountable.

7. “You have no control who lives, who dies, who tells your story.”

George Washington’s advice to Hamilton stays with the “young, scrappy and hungry” hero throughout the musical. It’s also the voice that helps him to make decisions and take risks in order to solidify both his personal success and the future of the United States of America.

Remember that you don’t control the narrative of your media coverage nor social media engagement. Reporters are there to tell stories their readers will want to read, not elevate you and your organization. Members of your online community might sing your praises or criticize your practices, but they want to have a dialogue with you, not be blasted with additional brand copy.

It might sound counterintuitive, but listening will help you tell the best version of your story. By doing so, you can better understand your stakeholders as well as larger themes and trends that people care about. This can help you directly address questions and concerns, while staying a few steps ahead.

Do you have a favorite takeaway from Hamilton? Share your thoughts in the comments.

2 Responses to “7 PR lessons from ‘Hamilton’”

The wisdom of Hamilton is to never get into a shooting contest with anyone because the life you save may be your own even if you generously save the other guy’s life first.

The wisdom of Disney is that if you want fame and money, you should not answer in haste if asked are you a man or a mouse.

I *finally* saw it via Disney+ even though I would have given my eye teeth to have seen it live first. I thought “talk less, smile more” was a great takeaway that extends to listening skills. We can get into a trap of telling others what they need from us/what we can do, when we probably will get more out of drawing them out, hearing them say things their way. // I also have always loved “Hurricane” because many of us in comms ended up here by having to “write out way out” of various issues in life. Loved this post.

Great ones, Paula. Thanks for sharing!