Mattress company Avocado wants to offer more than a showroom to test its mattresses.

Its new Experience Center in Manhattan combines a mattress store, café and community space that offers yoga and meditation classes and live music. 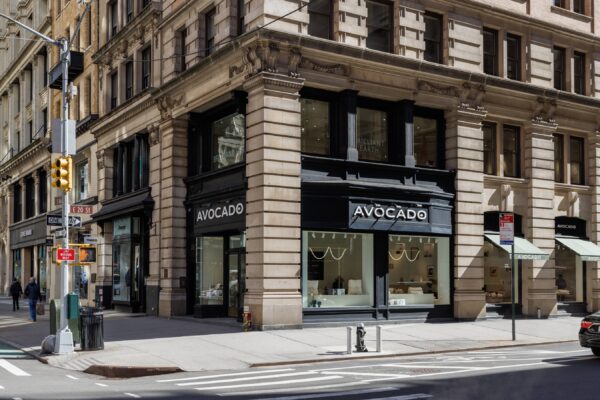 “We’ve developed a unique shopping experience that is unlike anything in our industry,” says Avocado Vice President of Retail Brett Thornton. “Our new showroom gives customers a chance to experience all our lifestyle products, while we continue the tradition of our other locations: a pressure free retail space where we put community first.”

Avocado’s promotion is a step up from brands hosting events or building pop-up spaces to foster brand recognition and intrigue about their products. The brick-and-mortar multi-use space could signal a trend for brands going above and beyond to promote their products and services with related offerings and resources.

The email, purported to be from Wayne Pankratz, executive director of operations for American Franchise Capital (AFC), was originally uploaded to the r/antiwork Reddit page on March 23, per Fortune.

From the Kansas City Star:

“Most of our employee base and potential employee base live paycheck to paycheck,” Pankratz wrote fellow executives on March 6. “Any increase in gas prices cuts into their disposable income. As inflation continues to climb and gas prices continue to go up, that means more hours employees will need to work to maintain their current level of living.”

He went on to say that those rising costs, and the fact that people have run out of government stimulus money and extended unemployment benefits, will work to the advantage of companies like AFC.

Tell Wayne Applebee's will not be getting any more of my money pic.twitter.com/pUlBvtRDga

Anyone that knows me knows I’m obsessed with #Applebees. I’ve always claimed them as my favorite restaurant. I had my 21st birthday there (+ more events). I can’t believe your leadership would be this callous. This out of touch with reality. Shame on you. @Applebees @NPR @CBSNews pic.twitter.com/oM7VW7aXZM

Applebee’s told me that in order to succeed in their business, I would need to abandon my humanitarian and socialist views. This occurred after I had objected to setting up employees to get illegitimately fired.

Applebee’s knows they are anti-worker. They don’t want you to know.

“He doesn’t have the authority to create policy for our company for the brand or anything. … Maybe he wrote it in the middle of the night. I don’t know,” Fischer said. “The main message here is that this in absolutely no way, shape, or form speaks to our policies or our culture, or anything like that with our brand.”

What you should know: The growing anti-work movement online is developing an audience that is prepped to pounce on ill-considered corporate messages. Internal memos are easily finding their way into online forums—which then become nightmarish headlines in major media outlets.

Applebee’s headaches are a reminder that any message that appears to crassly dismiss the hardships faced by workers will create a PR crisis for your organization. 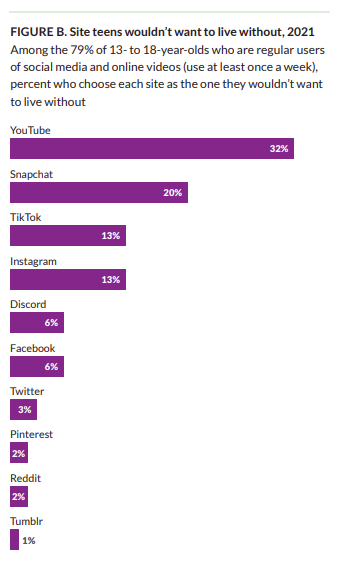 When asked which social media site they wouldn’t want to live without, an overwhelming majority of 13- to 18-year-olds chose YouTube (32%), followed by Snapchat (20%) and TikTok (13%).

Uber to partner with yellow cab services in NYC

Rideshare company Uber announced this week it will end a years-long rivalry by partnering with two yellow taxi companies in New York City, enabling riders to choose between hailing a ride from Uber drivers or cab drivers in its app.

“On the one hand, Uber and yellow cab seem completely like water and oil,” said Bruce Schaller, a former city transportation official. “On the other hand, when you go hail a cab or go to your smartphone to get an Uber, it will be the same experience as it was before. So it’s kind of like a big change and the same thing all at once.”

Starting later this spring, riders will be able to open the Uber app and choose a taxi. Uber will then refer the request to the two taxi technology companies, which will notify drivers to pick up the passengers. The fare will be based on Uber’s pricing and policies, including surge pricing, which can significantly increase the cost at peak times.

“This is a real win for drivers — no longer do they have to worry about finding a fare during off peak times or getting a street hail back to Manhattan when in the outerboroughs,” said Guy Peterson, director of business development for Uber, in a news release. “And this is a real win for riders who will now have access to thousands of yellow taxis in the Uber app.”

Why it matters: Uber’s messaging emphasizes the collaborative nature of the partnership. The press release speaks directly to the former conflict, with the headline “Once Rivals, Now Partners.”

Peterson’s statement is a nod to the company’s efforts to make peace with cab drivers, who have complained of waning business since Uber came to big cities across the country. But the response of cab drivers shows Uber has more work to do to earn their trust. Working with cabbies as brand advocates could be one way to build goodwill among skeptical drivers, while maintaining positive brand reputation overall.