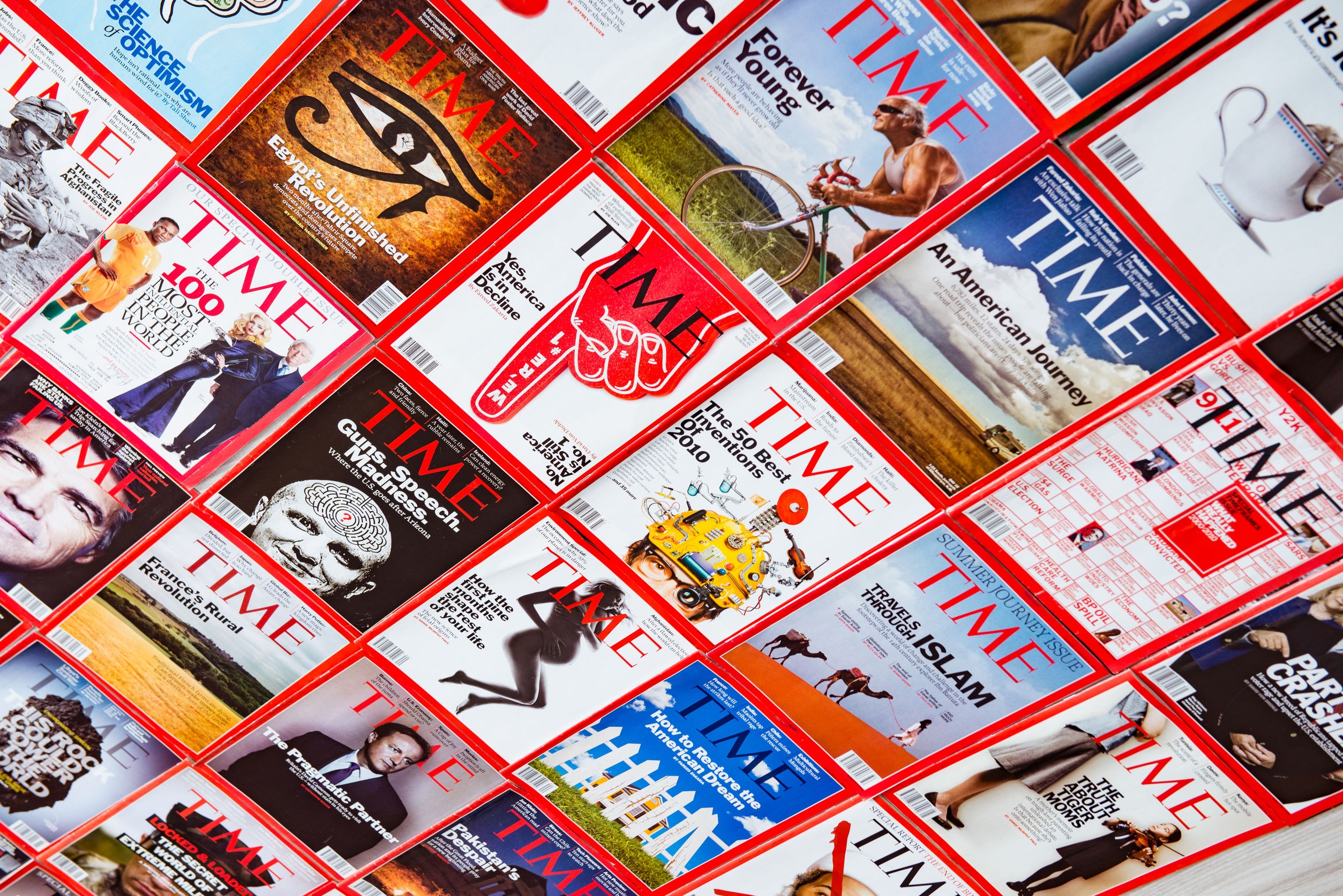 For nearly nine decades, Time grabs readers’ attention with its “Person of the Year.”

The feature that was created out of necessity after a slow news week in 1928 has grown to encompass “the man, woman, group or concept that had the most influence on the world during the previous 12 months.”

Kassidy Silva, senior manager of social media strategy for Time, recently shared how the feature fits into the publication’s social media strategy, which focuses on collaboration across departments, captivating visual storytelling, opportunities to monetize content and beyond, and creating innovative partnerships and products that aren’t limited to Time’s social media profiles.

Time’s success with visuals across Instagram, Twitter, Facebook and Pinterest are part of a “consistent and recognizable vision” that Silva and her colleagues create to support the publication’s editorial features along with the media company’s business goals and objectives.

Each visual serves a distinct purpose and Silva says the team works to establish a clear and consistent call to action. Along with encouraging consumer action, Time’s social media visuals also increase consumer recognition and recall of the brand:

The images are also created with a mobile-first audience in mind. Take, for example, Time’s “Person of the Year” visuals that the team shared on its social media feeds, including its Instagram Stories:

The mobile-first and visually appealing storytelling effort can continue to be accessed by Time’s Instagram followers, through a collection of Stories at the top of its profile: 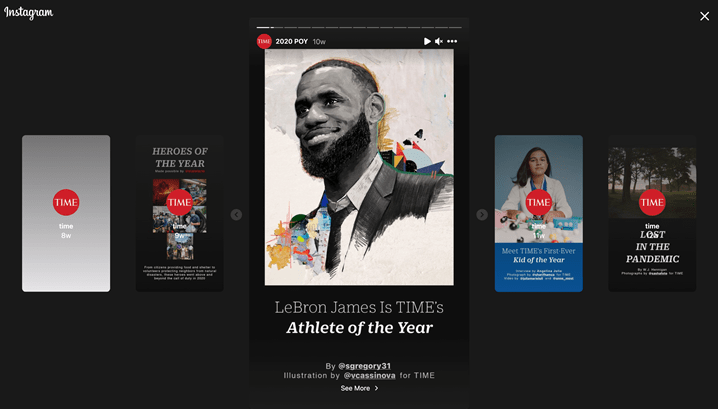 These visual efforts have enabled Time to refresh a legacy brand, making it more appealing to existing and new readers. It’s also helped the publication to forge partnerships, solidify sponsorship opportunities and even create popular products such as its “Person of the Year” baby onesie:

Communicators across industries can take inspiration from Time’s success. Create visuals with your social media platforms and your audience in mind, and make sure they tie to your campaign’s call to action and your overall business goals. Don’t be afraid to try something new—including working on a story or campaign with another organization.

Learn more from Silva in our Ragan Training library. There, she shares how to “Reinvent Your Social Media Strategy: How Time Refreshed a Legacy Brand with Visuals, Paid Content and More.”

Notice how each celebrity lionized by Time covers, like each corporate CEO and political leader, may have faults as well as virtues. It’s like Khashoggi and bin Salman. Cuo and Mo—Cuomo accused of attempted seduction and Mohammed bin Salman accused of killing an innocent—are like CEOs accused of earning too much and paying too little. John Gotti was admired by some more than his prosecutors were. PR managers can learn from attacks against bin Salman, and Google shows whether Khashoggi was really an innocent or a fugitive from justice.

THE WASHINGTON POST. In a column by Khashoggi he admits knowing of massive crimes costing the public billions. “I as the editor of a major paper,”
he confesses, “can say we all knew and we never reported on it.”

BBC NEWS: “The tapes reveal that he [Khashoggo] is told that there is an Interpol warrant out for his arrest.”

FORTUNE: “He told friends and reporters that he’d left the kingdom ‘because I don’t want to get arrested.’”

BBC NEWS: “In his first column for the Post in September 2017 Khashoggi said he had feared being arrested.”

WIKIPEDIA: “CNN described Khashoggi as a journalist who said he rejected the Islamist idea of creating an Islamic state and had turned against the religious establishment in Saudi Arabia.”

Anyone with a computer can easily see all this on Google but PR reality is that it’s not always popular to be a government reformer or a CEO working to make a profit.