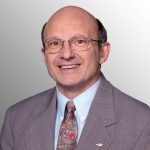 In grad school ages ago, we studied something called the Sapir-Whorf Hypothesis —the concept that the language people use determines their thoughts and actions. Today, psychologists have added more nuance, and it is accepted that language does, indeed, influence how we think and act. Most communications professionals would agree, since words are the lifeblood of the industry.

That brings us to today’s political and social discourse. Current President Joe Biden, as a candidate, called then-President Donald Trump a clown and an SOB. Trump recently called Senate Minority Leader Mitch McConnell a son of a bitch and a stone-cold loser. Nancy Pelosi called McConnell “Moscow Mitch.” Congresswoman Rashid Tlaib said of Trump, “We’re going to impeach the mother f….er.” Much of today’s political language is nasty and raw. As a result, it influences actions that threaten our democracy.

It isn’t just politicians attacking each other. The media are regularly assaulted and have lost credibility. Trump called the media “absolute scum.” A recent CBS/YouGov poll showed that 77% of Republicans prefer “Trump’s model for how to treat the media.” That is, it appears, with scorn and contempt. A Gallup survey done last year indicated that trust in the media continues to decline. Asked how much trust and confidence people have in the mass media, 27% said “not much,” and 33% reported “none at all.”

Of course, crude language isn’t new in politics, but it was mostly confined to back rooms and White House correspondents’ dinners. A U.S. Senator once called me a communist, but at least it was in the confines of his office. Today, sizeable public audiences are enthusiastically calling for even more acrimony. “Lock her up,” indeed. Senator Ted Cruz summed up the current state of affairs: “You can say whatever you want, no matter how dumb it is.”

Dumb, hurtful, barnyard language is influencing how we think and act (see Sapir- Whorf), seeping into everyday life and contributing to our toxic political and social divide. Christine Porath, a colleague at Georgetown, studies incivility and calls it a serious workplace problem.

Last year PRSA issued a report on trying to restore quality, integrity and inclusiveness to civil discourse. The authors claimed, “We are living in an age of rage.”

The old playground singsong that “sticks and stones can break my bones but names can never hurt me” isn’t true. Words do hurt, and they escalate into action. Kids always knew that.

We need to clean up our language if we are going to tone down our rancorous political mess. And professional communicators can help lead the way. Here are some ideas on how:

1. Shape your clients’ and your organization’s language. Much of what is communicated in today’s environment comes from the pros behind the scenes. Strive for clarity, honesty and civility. Hot words and undignified language aren’t worthy of a modern company. And if your boss wants to go for the jugular, talk her out of it.

2. Act and speak like a grown-up. Spokespeople have special responsibilities because the professional communicator is personally conveying the message. Kayleigh McEnany, former White House press secretary, was known for delivering a cutting insult to assembled journalists, snapping shut her notebook and striding off the platform. Don’t do that. Be respectful. When introducing speakers at a press conference or other event, set the tone.

3. Clear, honest communication can make a big difference. Speechwriters have a unique role because they are often writing for C-Suite executives. I called my speechwriter at AARP my “speechthinker.” He understood our policies and strategies and could articulate them well.

Going for the cheap jibe or attack line can miss the mark, or even backfire. This goes for internal comments as well as remarks to outside audiences. Today, virtually all communication is visible and transparent.

4. Young communicators will rule. Recently, I helped judge a pitch contest of Georgetown students studying integrated marketing communications. I was hugely impressed with their maturity, professionalism and competence. They are far ahead of where I was at that stage of my communications career. These up-and-comers are our biggest opportunity to clean up social and political discourse. Let’s encourage and reward them for it.

5. Speak up. Every communications pro should weigh in. Write op-eds and letters to the editor. Address this in speeches, meetings and other venues. Don’t accept nasty attacks on policy makers, politicians and others. Each of us can make a small contribution, and together, we can make a bigger difference.

Senator Tom Cotton, in commenting on San Francisco’s deliberations about renaming their schools, said, “They hate America. They want to erase and rewrite our history.” No, Senator, they don’t hate America, and neither do you.

Let’s work on civil, more respectful language. It’s OK, even necessary, to disagree in a democracy. But hot, raucous statements lead to poisonous stalemate, and worse. Communications professionals can play a big role in cleaning things up.

Bill Novelli is a professor and founder of Business for Impact in Georgetown University’s McDonough School of Business. He was co-founder and president of Porter Novelli and CEO of AARP. His new book is “Good Business: The Talk, Fight, Win Way to Change the World.”

2 Responses to “If words matter so much, let’s find better ones”

Yes, such a timely message. We can certainly do without politicians calling constituents “deplorables”, or “I’m rooting for a direct hit on Mar a Lago!” (tweeted by former Canadian Prime Minister Kim Campbell), or calling our neighbours “Trumpsters” or “Commies” or “bigots”. While dissent is necessary for democracy, rudeness, threats, name-calling and intolerance is not.

Amen, Bill. I can’t agree with you more. As a good friend often says, “the veneer of civilization is very thin.” Well today the veneer has washed away altogether.
We need to apply a bit more shine to our language.
Thanks,
Joette