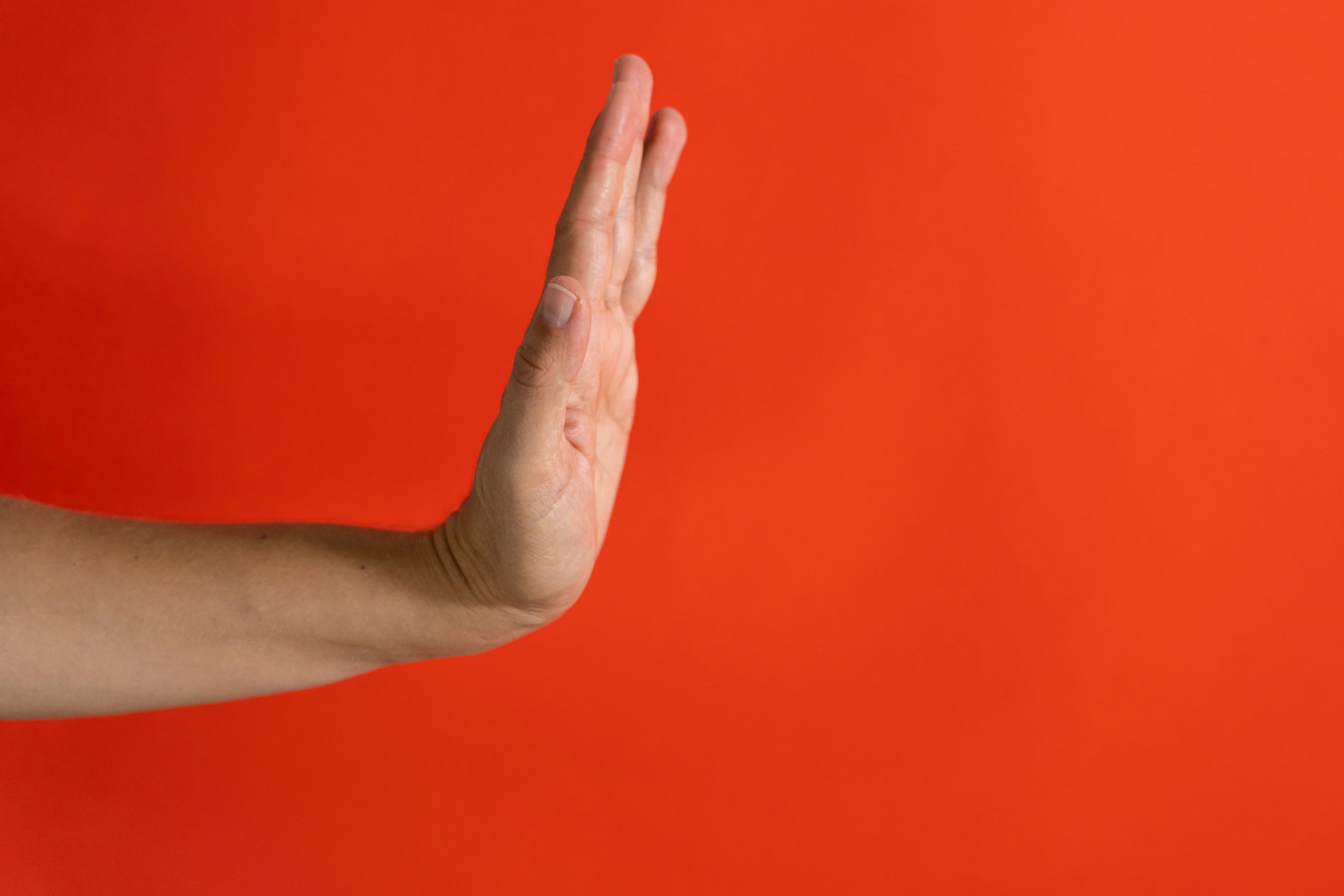 The PR industry is charged with influencing and swaying media conversations on-air, online and in print. As we face this generations’ largest civil rights moment, it’s our duty and responsibility to ensure our communication and the professional counsel we provide are respectful and culturally sensitive.

The Bureau of Labor Statistics reports the PR industry is 89.7% white. The severe lack of diversity in the industry indicates many PR teams may lack cultural depth and knowledge to provide credible counsel, especially now. The homogenous makeup of the industry is why so many brand statements have fallen short, and it’s contributed to mass acceptance of racially damaging labels as part of everyday language.

The promise of meaningful change is underway. Grammy-winning country trio, Lady Antebellum, changed their name to Lady A. because antebellum is used to denote a romanticized image of the American South prior to the Civil War during times of slavery.

California restaurant Sambo’s will change its name after a consumer launched an online petition challenging the offensive name and hurtful imagery. Sambo is a derogatory term used to refer to people who were of Indigenous American or African origin and also a term for people with ancestry from multiple races. Today, we use the term biracial, interracial or multicultural.

A vital step PR pros must take right now is to educate ourselves on offensive terms that are ingrained in everyday conversation and work to remove them from their vocabulary. Here are five examples to start with:

While you might have thought you were just referring to people living within the metropolitan area of a city, the connotation extends beyond mere geography. In the U.S., “urban” is born out of racial stereotyping of black communities, and it’s most often a reference to generalize and marginalize people of color in high-need communities.

The GRAMMYs recently announced that it will stop using “urban” in award categories to describe music with Black origins. Republic Records (Drake and Ariana Grande’s record label) has dropped it too.

What to say instead: To refer to people living within a city, use “metropolitan population” or “city-dwellers.” When referring to a lower income economic class, “low-income” or “high-need” might be appropriate terminology. If you want to refer to a racial or ethnic group, be sure to do the research and learn the appropriate term for that group (e.g., knowing the difference between Latinx or Hispanic).

“No can do” is common slang to express an inability to do something, but its origins are racist. “No can do” was used to poke fun at Chinese immigrants who didn’t speak fluent English, beginning in the 19th century. There is a similar history with the phrase “long time no see.”

What to say instead: Simply swapping stating, “I can’t do that,” “I am unable to do that now,” or “It’s not possible” are good alternatives.

There has been a lot of debate surrounding the hairstyle often referred to as “dreadlocks,” in terms of phrasing and cultural appropriation, and both are important.

“Dread” was attached to the hairstyle’s name when the style first entered the U.S. as a way to label them as dreadful or dreaded. The hairstyle has a cultural history in African, Jamaican, African-American and some Indian cultures.

What to say instead: The appropriate name for the hairstyle is simply “locks” or “locs.”

While you may mean to refer to an old rule applying to a new situation, “grandfather clause” is a term that was often associated with efforts to disenfranchise African-Americans after the Fifteenth Amendment was passed. Eventually, this clause was ruled unconstitutional by the Supreme Court for being discriminatory and unconstitutional.

What to say instead: Using “old rule,” “inherited” or “precedent” are options that might convey what you’re trying to communicate.

“Tipping point” was a phrase coined in the ‘50s and ‘60s to describe white families moving out of a neighborhood because of the influx of African-Americans. Today, it’s often used to refer to a critical moment, usually with negative connotations.

What to say instead: Alternatives may include, “boiling point,” “I/We reached my/the limit,” “we’ve reached a crossroad” or “this is the final straw.”

The insensitive and hurtful phrases in our vocabulary include more than the above phrases. Having to learn and keep up common terminology that is actually offensive can be uncomfortable and overwhelming, especially in an industry with limited diversity and perspectives.

Embracing opportunities to listen, learn and share your knowledge with colleagues will work to strengthen you as a communicator, and as a respectful, kind human.

Toni Harrison is CEO of Etched Communication, A Ten35 Co., a full-service, MWBE-certified agency with offices in Houston and Chicago.

With gratitude for this very important article!

Interesting and informative article. Thank you. As you say, when we know better we can do better. Well done.

Toni,
Did you grow up in Houston? Are you related to Tex Harrison? If so, you may know my daughters.

I’d argue that low-income shouldn’t be used either as that has a lot of stereotypes too. I use disinvested communities instead.

‘Nitty Gritty is the phrase that I no longer use … and sets my teeth on edge.’

This is right out of 1984. The origins of most of these phrases were a total surprise and have been lost to time. If you are offended by the phrase “tipping point,” your life is great and you are actively looking for things by which to be offended. “Low income” seems much more judgmental and snobby. I think we’re going a bit overboard here. I don’t see a reason to stop using any of these, as they are not racially affiliated today and they do help communicate ideas clearly. Just my two cents.

Wow. I had no idea about the origins of ‘nitty gritty’ until I googled it after your comment. Thank you for mentioning this one.

To the list of phrases poking fun at Asians, add “no tickee, no washee” and “chop-chop” (which, sad to say, Grammarly accepts).

In my personal experience, I have not heard the first phrase in many years, but within the last five years, I have had colleagues say the second phrase (and he got angry when I asked them to refrain from using it).

Rubbish. As a 20-year resident of New York City I’m a proud urban dweller. The word is synonymous with city living and distinguishes us from the boring hinterlands.

But while we’re at it, do you mean to imply that “suburban” is half as bad because it contains the word urban? Or should we stop saying “suburban” altogether because it reminds us of white flight? Do you see how far down the rabbit hole of ridiculousness this goes?

How about addressing the epidemic of some people telling everyone else how to think and how to speak? We should all take up that cause.

According to Merriam-Webster, the word was first used in print in 1934 — long after the alleged invention connected to slavery. Many words have folk etymologies that aren’t borne out by history — nitty-gritty may well be one.

There is a female singing group in China who go by the name “Asian Chinks.” To be more moderate with current trends, they now call themselves “Dixie Chinks.” This is understandably political correctness since they hail from southern China…

Don’t know where you get your facts but dreadlocks are dread because they signify a ras’ dread (respect) for Jah. The term dread has been in the rastafarian culture since it’s inception. Why don’t you ask a dread instead of reading some college journal?? Typical baldhead bloodclot BS.

Yes, that’s me. I’m the proud daughter of Charles “Tex” Harrison. My grandmother, Lullelia Harrison, was the original civil rights leader and activist. Are you familiar with my father?

This article is intended to denote the negative connotation when used in America. As with many other idioms and phrases, the meaning can vary by geographic boundaries.

I would add the word “blight” to your list. It’s often paired with “urban’, so item 1 applies. But with or without the modifier it’s never used to describe condition outside a city. Suburbs are apparently incapable of blight!

While I’ve never heard this origin of the phrase “tipping point,” it’s apparent you don’t do much PR research or are an Accredited PR professional. In PR research, it is a critical moment in a complex situation in which a small influence or development produces a sudden large or irreversible change. But, the meaning is a little different depending on the profession.

Wow, I think this is one of the most hotly debated /comment inducing articles I’ve ever seen on PR Daily, and I posted it in a social media manager group I’m in on Facebook where it has initiated a lot of discussion. Is it possible that because some of these phrases have been around for so long and are so widely used that they can now be rendered innocuous? The one phrase I loathe and will never use is “inner-city,” but I feel like that phrase has NEVER been appropriate.

However, I am really surprised about ‘urban.” Admittedly, I use it all the time, and I, too consider myself a proud urban dweller. This is an important ongoing conversation though, and I think all of us on this thread should think through what could happen if/when we use this on behalf of our firms or clients (or wherever we work).

Thank you very much for posting this article. When I was younger, I like a lot of people said some of these terms not knowing the racist connotations they had. I want to sincerely apologize to everyone who has been affected by the terms mentioned on this list for the times I used them. All we can do is do better when we know better, and that is what I am doing. 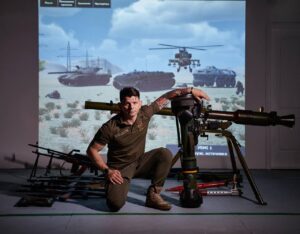