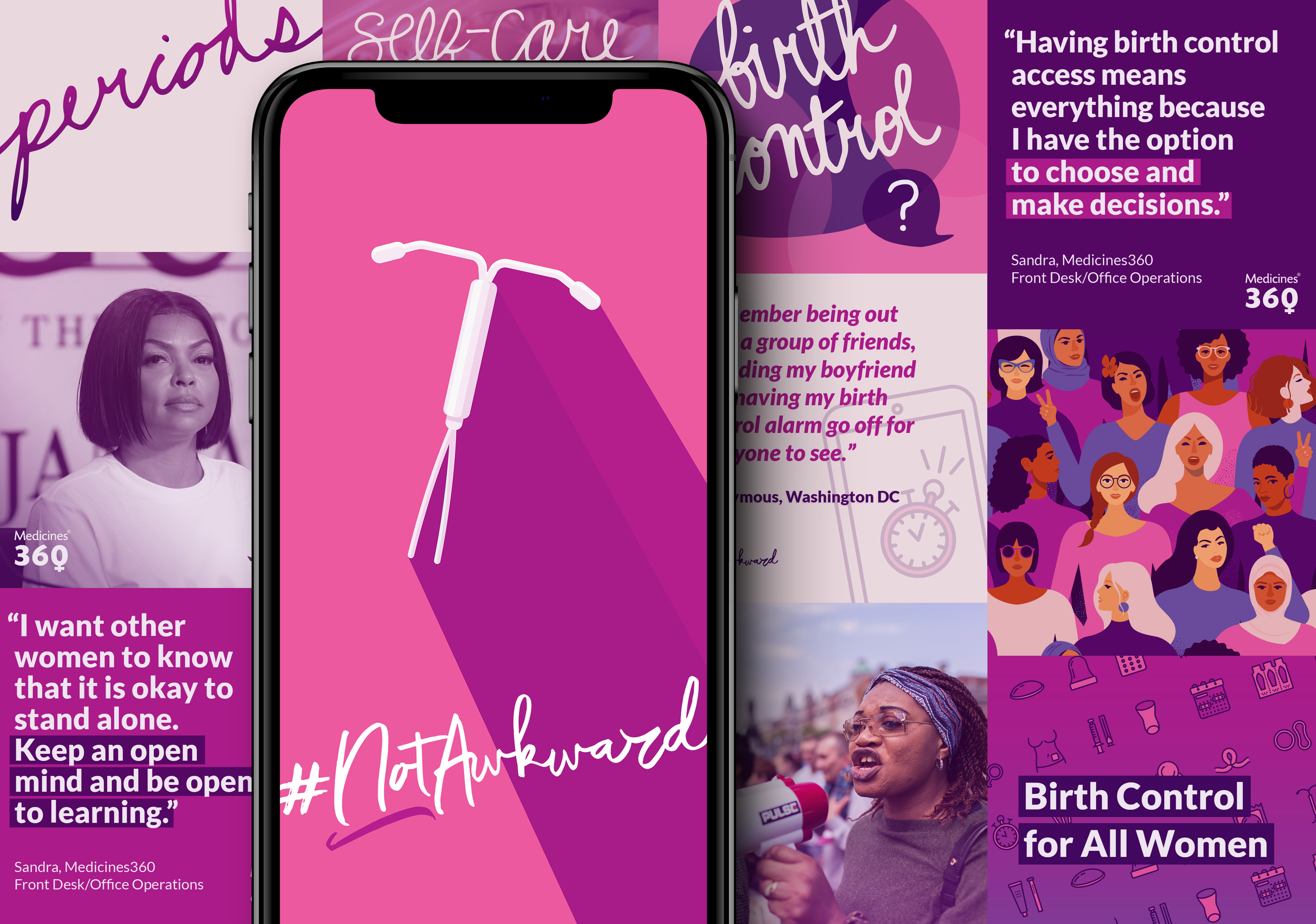 There are many barriers keeping women from accessing effective birth control—Medicines360 believes talking about them should not be one of them.

The nonprofit pharma company partnered with agency JPA Health to develop the #NotAwkward: Let’s Talk About It campaign. Its goals were to increase relevance of Medicines360 among women aged 18–34 that were researching birth control options, mainly women of color and those with lower incomes because they are disproportionately most affected, and position the nonprofit as a trusted resource for birth control options.

Testimonials and footage showcased personal experiences, custom graphics were created for social posts and hypothetical text conversations were posted, aimed at highlighting that intimate conversations don’t need to be awkward.

The campaign had a goal of reaching 2 million women in its targeted range—it exceeded that reach by more than 55%. It also received coverage in nearly 40 online media outlets, including Quartz, Teen Vogue and ABC News.