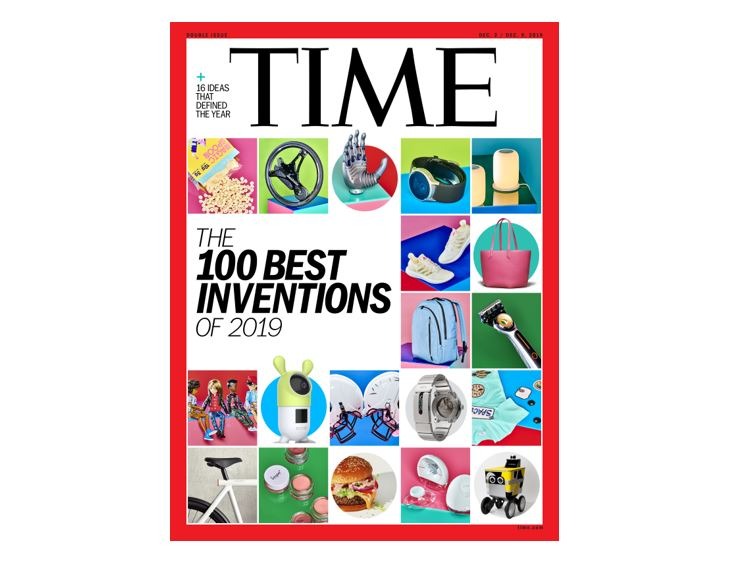 OMRON Healthcare was on a mission of “Going for Zero” heart attacks and strokes.

To do so, the heart health and wellness technology company developed its wearable HeartGuide blood pressure monitor, and it worked with agency MikeWorldWide to increase awareness of this state-of-the-art device.

Before launching the device, a media preview day was hosted for major tech media outlets to learn more about the product and test it out. Subsequent coverage was then posted across social media to encourage pre-orders.

During the Consumer Electronics Show (CES) the product was revealed and a press release and social media content were shared to drive potential customers to OMRON’s website. After CES, a dinner event was organized for top consumer media, including CNET, Women’s Health and Popular Science. Attendees were able to try out the new device, leading to media coverage.

Coverage at CES received more than 3 billion earned media impressions. Website traffic increased by 500% and sales goals were exceeded by 300%. The HeartGuide also won three prestigious awards during at the event.

Through the program created by MikeWorldWide and OMRON, HeartGuide has also been selected as one of the TIME Best Inventions of 2019 and one of Popular Science’s 100 Breakthrough Innovations of 2019. Each announcement led to a spike in website visits and sales.

“Did we BENEFIT THE CLIENT by creating a behavior change?”
That’s what PR Daily has reported Ketchum’s EVP asking when
assessing the success of a PR program. “Is the audience taking
a specific action? What is the impact among a specific
audience?”

“Did we BENEFIT THE PUBLIC” is the gist of a success measure
at the powerful Porter Novelli firm. PN EVP Ravi Sunnak
there points out in PR Daily that “we’re in a brave new world
where stakeholders are expecting companies to take stands on
complex social issues. Yet most executives—even armed with
business school degrees and years of experience—are
ill-equipped for this new terrain.”

Even deserving companies with great PR teams may not do
communications that bring great results. Mighty Google, which
gives away service FREE to billions of people, may lose billions
of dollars because of well-intended government action to try
protecting the public with unduly restrictive regulation that would
end up harming the public and the company. Facebook, Amazon,
Walmart, Exxon and other companies are similarly endangered.
But look at Google’s full page ad headline today: WE KEEP
MORE PEOPLE SAFE THAN ANYONE ELSE IN THE WORLD.

Judge whether Google could do better with the head: HERE’S
HOW GOOGLE PROTECTS YOUR HEALTH AND YOUR MONEY.

Phillip Morris which makes JUUL keeps advertising how the
company is trying so hard to do the right thing but many people
don’t care enough. But that’s THEIR problem! Why should
most of us care? Judge whether Phillip Morris could do better
by advertising: HERE’S HOW JUUL CAN SAVE LIVES!”

“The best way to get money is to EARN it.” That was repeatedly
emphasized at Wharton when I was there. Today’s great PR
firms like Ketchum, Porter Novelli and MWWPR give a similar
lesson about how to get PR success: earn it. Care about
“impact among a specific audience.”

The specific audience Phillip Morris needs to reach is classic,
smokers whose switch to JUUL may be won by showing
“what’s in this for you” considerations. We may be not
shocked if winning millions of smokers for the vaping product
eventually brings users among millions of non-smokers.

The specific audience Google needs to reach urgently—and
soon because Washington action could cost tens of billions—
is clearly legislators, political leaders and voters. Key PR
question: what is the message? What can be said for “impact
with a specific audience,” especially with America’s voters
whose letters to Washington have huge impact on this
“complex social issue”?

One possibility is that the top public concern, #1 among all
public concerns, is HEALTH. If you do PR so the public sees
correctly that “Google is good for our health,” the public will
love them. Congress is most unlikely to hurt a company the
voters love.

What can Google or any of us do to protect health and win
well-deserved love from the public? One opportunity is to sponsor
medical research that gets worldwide media coverage and
leads people to see that “if these research doctors are successful, I
could live an extra ten years or more.”

One such investigation is “A Study to See if Heart Cells can Be
Generated From Blood or Skin Cells.” A leader of the research
team is Dr. Richard Steingart, a world-famous cardiologist in New
York. How successful he’ll be no one knows but we DO know or
can guess which approach may more likely save billions for Google
or another company: WE KEEP MORE PEOPLE SAFE THAN ANYONE
ELSE IN THE WORLD or HOW OUR HEART RESEARCH MAY HELP YOU LIVE
LONGER.

Ketchum, Porter Novelli and MWWPR have the right idea in
recognizing that PR success means what Harold Burson called
“moving the needle”—what Ketchum EVP Nicole Moreo calls
“creating a behavior change, a perception change,” so the
audience “will be taking a specific action.”

If America learns that Google or another company is
sponsoring the effort of Dr. Steingart or some other medical
hero to help us live a happy ten years longer free of pain, our
PR experience suggests that:

.1. Over 100 million Americans will hope for Google’s success.

.2. A million may actually PRAY for Google’s success.

.3. Congress is most unlikely to pass laws harmful to Google.

4. Millions of us in America, and billions worldwide, may
actually live years longer because of Google-supported medical
success aided and protected by PR.