Chipotle is giving fans the opportunity to eat like Tony Hawk—and then play his new game. The restaurant chain is giving access to Tony Hawk’s Pro Skater 1 and 2 Warehouse Demo to the first 2,000 consumers who order the “Tony Hawk Burrito” on Chipotle’s app or website.

The burrito is made with chicken, brown rice, black beans, hot salsa, cheese and guacamole: 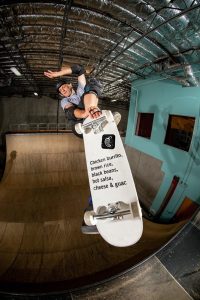 On Aug. 14, Chipotle will launch a 2-hour live stream on Twitch that features Hawk, skateboarder Jagger Eaton and actor Finn Wolfhard playing the game. During the stream, the chain will give away up to 5,000 burritos.

This first of its kind menu integration gives our fans a chance to eat like the greatest skater of all time and get access to the demo for one of the summer’s most anticipated video game releases. Real athletes need real food, and Chipotle is excited to continue being a part of Tony’s training routine whether it’s competing at the skate park or in a video game.

The medical software company walked back its announcement that employees were to return to its offices in Verona, Wisconsin, starting Aug. 10. In an earlier announcement, Epic told employees they were to report to the campus unless they couldn’t arrange childcare or had health conditions that could cause complications from COVID-19.

“While our intention is to return staff to campus, we are adjusting the timeframe as we work with public health officials to gain their agreement on our plan,” an Epic spokesperson told CNBC.

The missive sent to its employees on Saturday evening from Senior Vice President Sumit Rana, also viewed by CNBC, said the company’s leaders “recognized that you (staff) might feel apprehension when returning to work for a variety of reasons.”

“For those of you returning to campus, you have the choice to return gradually,” the letter continues. “We expect that you will maintain your normal workload and be available to your team and customers and needed.”

However, an employee told CNBC that Epic’s workforce felt “intimidated” by the company requiring employees to report their decisions to work from home to HR.

Why it’s important: Organizations have taken several approaches to a return-to-work strategy, with some looking to welcome back employees as soon as possible, while others, such as Twitter, are allowing employees to work from home permanently. Whatever your organization’s decision, make sure you’re keeping in touch with employees and soliciting feedback. As the COVID-19 crisis continues and work-from-home arrangements stretch on, employees can feel increased stress and anxiety over their positions and what will be required of them. Help them adjust, and you’ll build employee loyalty.

Gillette Venus is aiming to make Animal Crossing more inclusive with a line of custom designs that enable players to add cellulite, scars, vitiligo, wrinkles, acne, tattoos, psoriasis and more to their avatars:

“Every woman deserves to feel represented and beautiful in her own skin,” Gillette Venus’ website proclaims. The options include names such as “Curvaceous Queen,” “Acne Angel, |Nevi Goddess” and “Poppin’ Prosthesis.”

The effort offers an example of highlighting diversity and inclusion creatively, especially while consumers stay at home (and play more video games).

Red Egg Marketing recently published its Local Business Consumer Sentiment Study, in which it revealed that 70% of consumes in the United States research brands before purchasing from them, with nearly 68% getting information from brands’ websites: 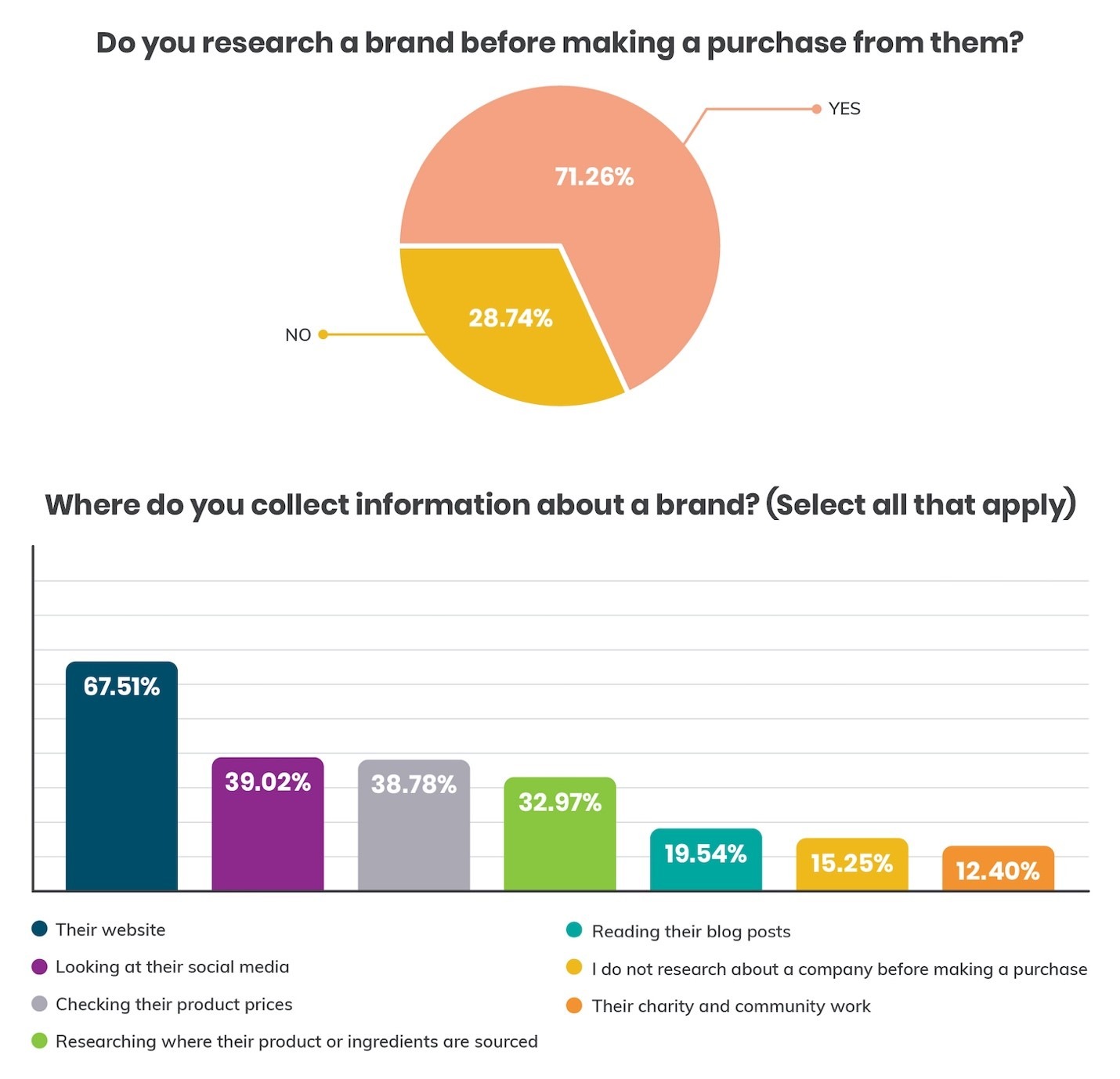 You can read the entire study here.

Following the depatures of several WarnerMedia executives, the company announced it was cutting jobs in order to refocus its efforts during COVID-19.

The purge comes amid a period of turmoil for the media company, which was acquired by telecommunications giant AT&T two years ago. The reorganization is the second management shakeup since the Dallas firm took control. Since then, COVID-19 stay-at-home orders have upended the movie business, and major studio releases, including Christopher Nolan’s highly anticipated sci fi thriller “Tenet,” have been delayed. Analysts say U.S. box office receipts this year could be down as much as 70% compared with last year. Plans now include releasing “Tenet” overseas before a hoped-for September debut in the U.S.

The pandemic also prompted a temporary shutdown of TV and film production, which means there are fewer projects in the pipeline, further eroding revenues.

Why it’s important: Though you should adjust your business model to meet shifting consumer behaviors as much as you can, doing so won’t magically end your woes. Instead, communicate with employees and leaders often, and prepare them for layoffs, realignments and more.

Disney’s ABC is airing a “Black-ish” episode that was created in 2018, but pulled because of “partisanship” concerns.

Please, Baby, Please supposedly contained more anti-Trump material than the show had tackled before, at a time when ABC was courting more conservative viewers.

The episode sees Dre improvising a bedtime story to his young son, in which he expresses many of his concerns about the state of the US a year after Donald Trump – whom he calls “the Shady King” – was elected.

In November 2017, we made an episode of “black-ish” entitled “Please, Baby, Please.” We were one year post-election and coming to the end of a year that left us, like many Americans, grappling with the state of our country and anxious about its future. Those feelings poured onto the page, becoming 22 minutes of television that I was, and still am, incredibly proud of. “Please, Baby, Please” didn’t make it to air that season and, while much has been speculated about its contents, the episode has never been seen publicly… until now. I’m excited to share that “Please, Baby, Please” is now available on Hulu. Following the re-airing of “Juneteenth” and “Hope,” I asked Walt Disney Television to revisit making the episode available. Recognizing the importance of this moment, they listened and agreed. I cannot wait for everyone to finally see the episode for themselves and, as was the case nearly three years ago, we hope it inspires some much-needed conversation — not only about what we were grappling with then or how it led to where we are now, but conversations about where we want our country to go moving forward and, most importantly, how we get there together. Thank you to ABC Entertainment for allowing this moment to happen. And thank you to the entire “black-ish” family for never shying away from tough conversations, making telling stories like this possible. Trailer prod: @thetribewithin

The move highlights the growing number of organizations taking part in conversations about politics and social justice, particularly since the death of George Floyd.

We asked how you’re helping you and your team add to your communications tool belts, and almost 46% of you are using webinars and other virtual events for training purposes. Roughly 36% are using a mix of articles, networking and other training formats.

As you continue to strengthen your skills and offerings during COVID-19, how are you helping you and your team add to the communications tool belt?

Let us know below and under #DailyScoop.

Is your organization preparing for a “return to work” in 2020?

Is your organization preparing for a "return to work" in 2020?

Share how your workforce is adjusting in the "new normal" below and under #DailyScoop.

Share with us how your workforce is adjusting to the “new normal” below and under the #DailyScoop hashtag.