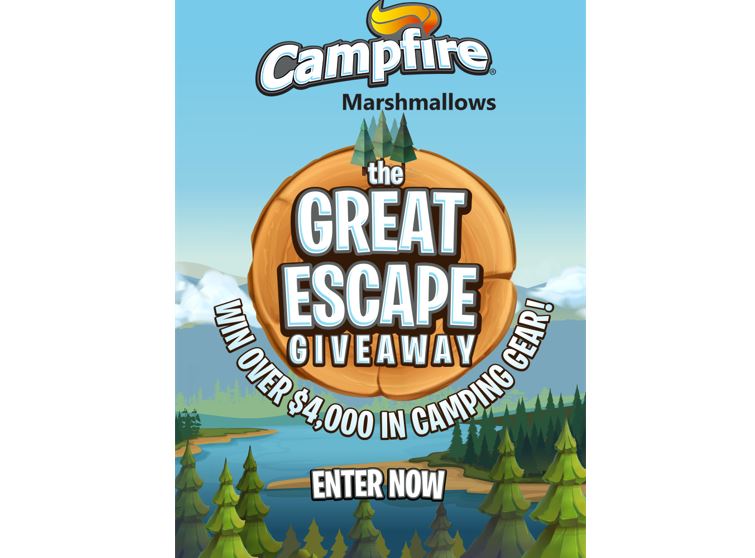 Campfire Marshmallows offers many variations of the simple American favorite since 1917. Its social media presence was healthy but needed some reinvigoration, so it called on the ColinKurtis Advertising team to create “The Great Escape Giveaway” to drive brand awareness, boost social media engagement and gain web traffic.

With families camping more than ever during the COVID-19 pandemic, ColinKurtis created the ultimate “camping essentials giveaway” to supply new or seasoned campers alike with a new camping gear set. The giveaway would consist of all the basics needed for a family of four to get out and explore the great outdoors—valued at more than $4,000.

For the one-month campaign, the team created a landing page explaining the contest and gear, and a list of ways to enter. Marketing for the campaign included a series of Facebook posts, Instagram posts, tweets, Pinterest posts and emails. The team also selected two influencers who tapped into their large loyal audiences to drive awareness for the contest.