Tesla has filed an appeal against the U.S. National Labor Relations Board ruling that the electric car manufacturer violated U.S. labor law in a 2018 tweet from CEO Elon Musk. In its petition, Tesla asks that the board review the order and offer “any further relief which the Court deems just and equitable.”

“Nothing stopping Tesla team at our car plant from voting union. Could do so tmrw if they wanted,” read Musk’s tweet. “But why pay union dues & give up stock options for nothing? Our safety record is 2X better than when plant was UAW & everybody already gets healthcare.”

Communicators, take note that you should always have a crisis plan in place for executives’ social media messages to mitigate the damage before outside parties are pushed to intervene. Also, consider partnering executives with legal teams to go over what is and is not appropriate to share on social media.

South Korean electronics manufacturer LG announced that it will stop manufacturing smartphones by the end of July, shifting its focus instead to the manufacture of smart home devices, electric vehicle components, B2B devices and other products.

LG’s strategic decision to exit the incredibly competitive mobile phone sector will enable the company to focus resources in growth areas…as well as platforms and services.

LG will provide service support and software updates for customers of existing mobile products for a period of time which will vary by region. LG will work collaboratively with suppliers and business partners throughout the closure of the mobile phone business. Details related to employment will be determined at the local level.

The ignominious end to LG’s phone business is fitting considering its two decades as a handset maker that continuously tried—and failed—to reach that upper strata of cellphone players. The company never fully capitalized on the household name recognition built on a family of products that includes televisions, laptops, washing machines and kitchen appliances. Furthermore, it was beset by an inferiority complex to crosstown rival Samsung.

LG offers an example of how to position bad news as a commitment to future success. Always include details around layoffs and employee wellbeing at the time of the announcement, not in a separate release, to ensure that the final piece of messaging around a restructuring announcement doesn’t end with bad news.

We are running a short survey to find out how we can better serve readers like you. Your feedback will help us plan new editorial initiatives, direct our resources for industry research and analysis, and let us know what parts of the site are most valuable. Your answers will be held confidential.

Please take this 3-minute survey by Thursday, April 8. As a thank you, you will receive a $150 voucher to apply to a Ragan/PR Daily event and you’ll be entered to win one of five $25 gift cards from Amazon.

We look forward to learning more about the PR community and how PR Daily can best serve your needs, interests and career growth. Thank you in advance for your time and feedback.

Over 12 pages, Thomas draws out a detailed case for how lawmakers might restrain platform moderation without violating the First Amendment, drawing on both common carrier designations and English common law rules around the right to exclude customers from public accommodations.

Specifically, Thomas argues that lawmakers could use the scale and public nature of platforms like Twitter to justify new moderation rules, similar to the way the Telecommunications Act prevents phone companies from blocking specific people from phone service. Failing that, lawmakers could craft a statute similar to the public accommodations clause of the Civil Rights Act, which prevents hotels and restaurants from barring service on the basis of race or creed.

Communicators should carefully monitor the future of social media and potential government action to regulate the platforms as they consider how to invest in their digital future. Remember that investing all your eggs in one basket leaves your brand vulnerable and savvy communicators should consider ways to build their own platform through online newsrooms and brand websites.

Delta has cancelled around 100 flights, and opened up middle seats on flights earlier than the company initially announced, in an effort to meet traveler demand amid staff shortages.

“Delta teams Sunday worked through various factors, including staffing, large numbers of employee vaccinations, and pilots returning to active status,” a spokesperson told T+L. “We apologize to our customers for the inconvenience and the majority have been rebooked for the same travel day.”

Delta, which remains the only U.S. carrier to continue to block the middle seat, plans to stop doing so on May 1. The middle seats were only opened for Sunday and Monday and would then be blocked again.

Communicators, take note to always frame any changes to previously announced plans with context around the new decision. Put the wellbeing of your employees front and center to remind stakeholders of the human element underscoring your decision. 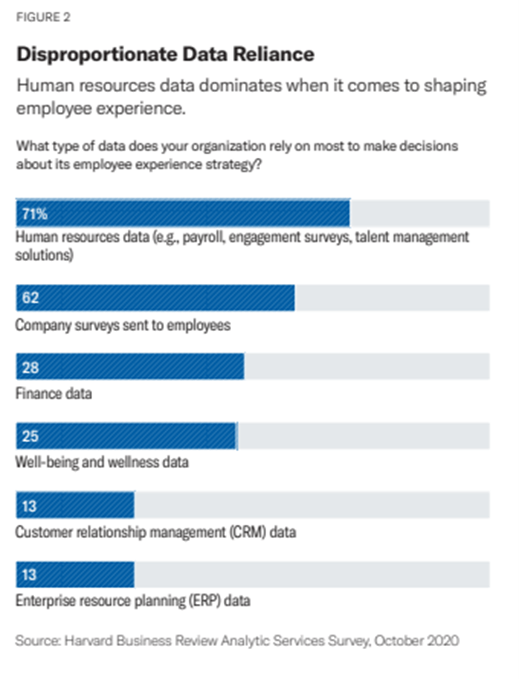 Remember that wellness data will tell you more about your employees’ experience with health and burnout than financial numbers or general HR data. Employee surveys, while helpful, will also be weighted by bias as some employees do not answer honestly. More qualitative data can be attained through having one-on-one conversations and creating channels to glean holistic insights around how your workforce is feeling.

Supermarket chain Publix and Florida Governor Ron DeSantis are aggressively pushing back against a “60 Minutes” story that alleges Publix was given preference as a vaccine distribution site after making a $100,000 donation to DeSantis’ political action committee.

Campaign finance reports obtained by 60 Minutes show that weeks before Florida Governor Ron DeSantis announced a partnership with Publix grocery stores to distribute the vaccine in its pharmacies, Publix donated $100,000 to his PAC. https://t.co/bS3ZBeET1W pic.twitter.com/BSUlpVbXSP

DeSantis has been criticized for directing vaccines toward wealthy communities, with some who benefitted from the vaccine pop-ups also donating to the governor’s political action committee, per Axios’ Tampa Bay reporter Ben Montgomery.

You should have holding statements in place to defend your company’s political contributions and assume that any publicly accessible data will eventually be unearthed by reporters or watchdog organizations. When your credibility is publicly questioned, lean on the goodwill your company has accumulated through community outreach and public health initiatives. Temper any of your messaging against media outlets by holding back on making aggressive blanket statements about media outlets that are digging into the facts.

Do you follow up your pitches to journalists on Mondays, PR pros and communicators, or wait until later in the week? #DailyScoop

When is your preferred time to hold meetings with your team, PR pros and communicators?

When is your preferred time to hold meetings with your team, PR pros and communicators? #DailyScoop

Let us know under the hashtag #DailyScoop. We’ll share the results in Friday’s roundup.

2 Responses to “LG touts strategy in decision to stop making phones, Publix hits back on ’60 Minutes’ investigation, and how businesses are using employee wellness data”

PR is in trouble if Tesla’s chief or anyone else can be held a violator for saying here’s our opinion. Yes, execs should work closely with the lawyers, and so should lobbyists because corporate leaders should have as much right as activists to say what they think.

Publix may have helped save thousands of lives by injecting 1.5 million doses of vaccine. But 60 Minutes may have injected not one dose nor saved one life, so which has done more for America’s fight to avoid death from Covid, Publix or 60 Minutes?